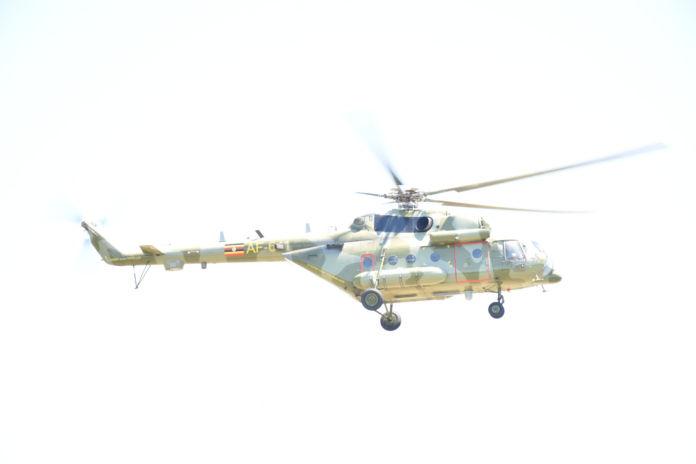 The Body of former Deputy Inspector General of Police (DIGP), the Late Maj Gen Paul Lokech has been airlifted to his ancestral home in Baibir village in Pader District where he will be laid to rest.

Gen. Lokech passed away on Saturday 21st August 2021. According to post-mortem examination  carried out by a team of pathologists, Lokech died of blood a clot which was carried into the lungs.

“The Body of the Former Deputy Inspector General of Police the Late Maj Gen Paul Lokech has been received in Pader where he will be laid to rest at his ancestral home,” UPDF tweeted.

Gen. Lokech Was a senior military officer at the rank of Major General, in the Uganda People’s Defence Forces (UPDF). He was appointed Deputy Inspector General of Police of the Uganda Police Force on 16 December 2020.

Lokech’s military career includes service in various leadership capacities, including two tours as the Commander of the Uganda contingent to Somalia, as part of the AMISOM peacekeeping force. The first tour was between May 2011 and 2012. His second Somalia rotation was from December 2017 until December 2018. During his first tour, Lokech commanded Battle Groups Eight and Nine, responsible for ejecting Al-Shabaab militants from Mogadishu in 2011.

Before his second tour in Somalia, he was the Commanding Officer of the Second UPDF Division, based at Makenke Barracks, in Mbarara, in the Western Region of Uganda. He previously served as the Military Attaché at Uganda’s Embassy to Russia, based in Moscow.

He has also served as part of Uganda’s peace-keeping forces in South Sudan. He was part of Operation Safe Haven (OSH), a UPDF operation in the Democratic Republic of the Congo intended to neutralise the rebel Allied Democratic Forces (ADF).