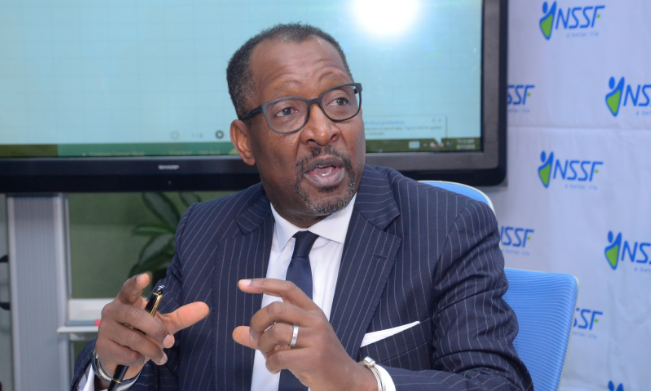 The National Social Security Fund has announced that it paid Shs 1,785,943,795 to its members that were severely diagnosed with #Covid-19.

The fund had made a commitment to its members that it would step in for severe cases that involved those admitted in Intensive Care Units and those on life support in several health facilities to supplement on medical expenses.

“NSSF has paid out Shs1,785,943,795 to qualifying members who were diagnosed with #Covid-19. Here’s how paying Annet’s Invalidity Benefit in three days enabled life-saving medical care,” reads a message on the fund’s twitter handle.

NSSF in June said members battling #Covid-19 in the Intensive Care Unit (ICU) would be given an option to access part of their benefits under the invalidity benefits provision.

Richard Byarugaba, the NSSF Managing Director, told Daily Monitor that the Fund had already helped some members in that regard. However, he did not provide specifics on how many members had approached NSSF in this regard or how much had been paid out.

“It is an invalidity benefit. Basically, it is a benefit which is available to members who are either incapacitated or are not able to work. And since we have seen that #Covid-19 can sometimes result in serious medication, the [NSSF doctor] assesses and then authorizes it [pay out],” he was quoted adding that the assessment for the payout is done in less than a week.

Mr Byarugaba noted that the payout would purely be based on the discretion of the NSSF doctor, who after assessing submitted documents, will authorise the payout.

NSSF has since last year been swarmed by request from both members and the public to create a provision in which members, whose income sources have been affected by #Covid-19 access part of their benefits to shore them out of the hard times.