The Secretary in the Office of the President Hajji Yunus Kakande has made it categorically clear that Resident District Commissioners (RDCs) who have employed non commissioned staff by the Ministry of Presidency may face disciplinary action.

According to a letter addressed to all Resident District Commissioners, City Commissioners and their Deputies dated Sept 23rd 2021 signed by Hajji Kakande, such staff have to be vetted by the Internal Security Organisation to establish if they are fit to be employed in such offices.

Hajji Kakande reminded the RDCs that the issue of retaining non commissioned staff compromises the integrity of their offices and therefore they should stop the practice whatsoever.

He also pointed out that some RDCs have gone further to stop the commissioned staff from working in their offices and said that it was unacceptable because the Minister of Presidency Hon Milly Babalanda recently raised the matter in a meeting she held with the RDCs.

Hajji Kakande therefore said that any RDC who will fail to comply with the directive will face disciplinary action.

The move comes after several members of the general public have raised concern on how some RDCs have recruited people to work in their offices who are not commissioned by the Ministry of Presidency which is in charge of Resident District Commissioners. 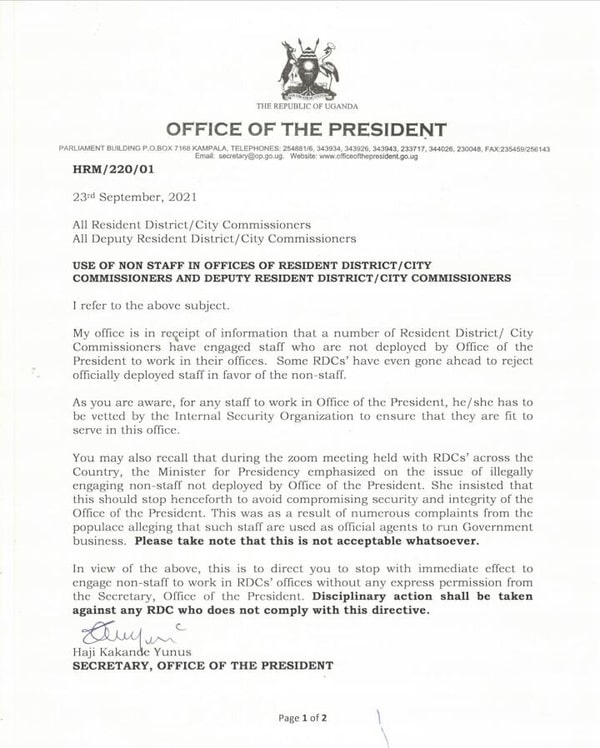