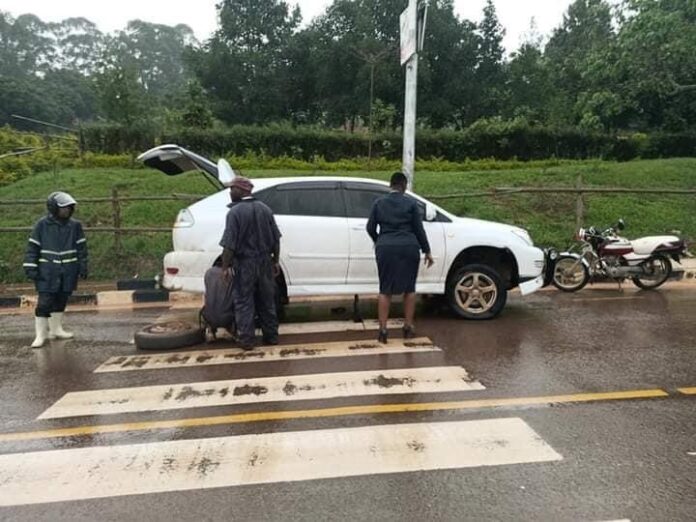 Unidentified group of armed men have reportedly attacked Kampala District Woman MP Shamim Malende as she made her way to Masaka for the hearing of fellow NUP legislators Allan Ssewanyana and Muhammad Ssegirinya’s bail applications.

Malende is one of the lawyers representing Kawempe North MP Muhammad Ssegirinya and Makindye West legislator Allan Ssewayanya. The MPs are facing murder, attempted murder and terrorism charges in connection to the recent machete hackings in the Greater Masaka area where nearly 30 people were killed.

Malende revealed this morning that while driving to Masaka, she was accosted by a group of people who deflated her car tyres and left her stranded on the road.

“I have been attacked by unknown people on my way to Masaka court for the bail application of Hon Ssegirinya and Hon Allan Ssewanyana and my car tyres deflated,” she said on Facebook.

She however shared the revelation on social media along with pictures of her deflated Toyota Harrier and the same vehicle was involved in a collision late last month, while being chased by security personnel as she tried to make off with MP Ssegirinya, who had just been released from Kigo Prison.