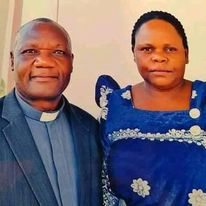 Rev. Canon John Wilson Nandaah has been elected the next Bishop of Mbale Diocese. Canon Nandaah will be consecrated and enthroned on 5th December at St. Andrew’s Cathedral, Mbale. He  succeeds the Rt. Rev. Patrick Gidudu who has been Bishop since 2008.

Rev. Canon Nandaah was born on 30th January 1962. Originally trained as a teacher, Canon Nandaah earned a Bachelor of Divinity in 2002 from Uganda Christianity University, followed by a Post-Graduate Diploma in Education in 2004.

Rev. Canon Nandaah grew up in a Christian home with his father serving as a pastor. But, on 3rd June 1993, he committed his life to Jesus Christ as his Lord and Saviour. Since then, he has been an active member and leader of Revival fellowships and Renewal ministries.

Rev. Canon Nandaah has served many churches as a parish priest, lectured part-time at Uganda Christian University, Buwalasi, and served as Diocesan Education Coordinator. He is currently serving as the Diocesan Secretary, a position he has held since 2013.

Canon Nandaah married Betty Wabule in 1987 and God blessed them with four children. Tragically, in 1994, his wife died, leaving him a single father to four children. In February 2001, after consulting church and cultural leaders, he married Harriet Jackline Khaitsa. Together they have had four children, and she has been a strong partner in the ministry.

The election was made by the House of Bishops of the Church of Uganda sitting at the Martyrs Shrine, Namugongo, on 27th October 2021.