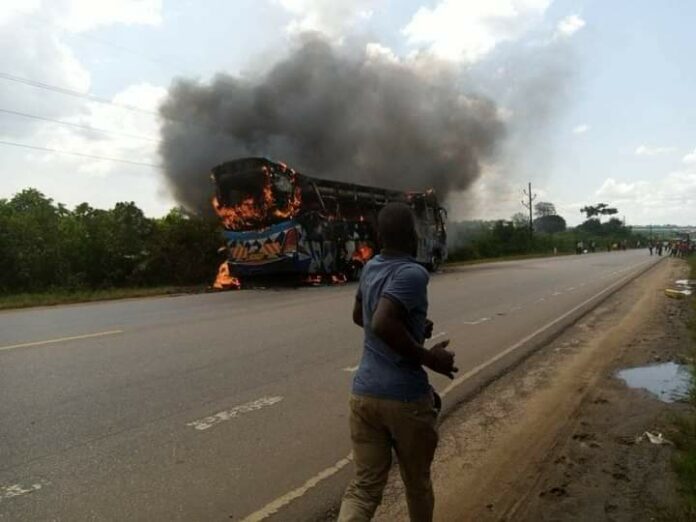 A bus registration number UAU 926U, belonging to Gateway bus company has caught fire in Mpigi along Kampala-Masaka highway. The bus was heading to Kabale in South Western Uganda.

According to Faridah Nampiima, spokesperson Traffic and road safety, all occupants have reportedly been evacuated however their properties were all destroyed. The fire is reported to have originated from brake system.

“No fire engine yet at scene. However there is too much traffic along the road with efforts to have the fire extinguished,” she said.