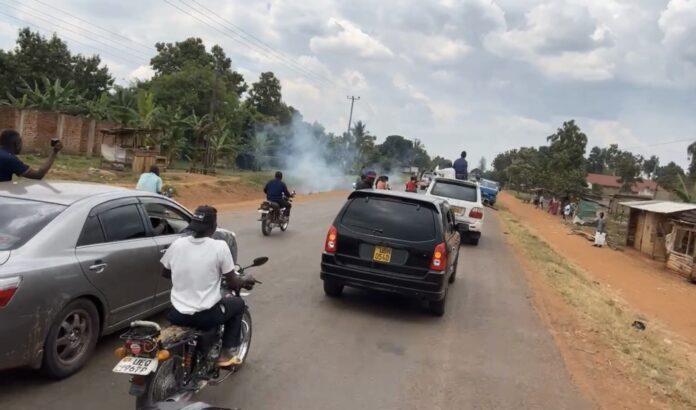 The National Unity Platform (NUP) Party President Robert Kyagulanyi Ssentamu aka Bobi Wine has been blocked from accessing Bugisu Cooperative Union (BCU) radio station where he was scheduled to address his supporters.

“I was supposed to address the people of Bugisu Sub-region on Radio BCU FM 100.6 from 11:00am to 12:00pm. And thereafter meet with the NUP Mobilisation Committees from Bugisu Sub-region but we are told the RDC has ordered the radio program to be cancelled,” Bobi wine said.

He added: “Police deployed many armed thugs to beat and harass our people on our way from Mbale. They are on borrowed time. Uganda will be free.”

Later Police trucks escorted him out of Mbale City.

He is tomorrow Saturday 13th November, 2021, expected in Lira District where he will address the people of Lango Sub-region on 89.8 FM Wa FM Radio, and thereafter speak to the party regional mobilisation team.