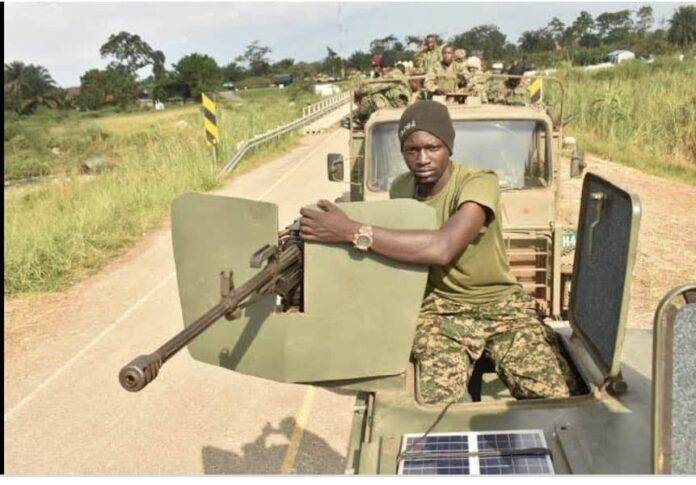 At least 34 Allied Democratic Force (ADF) terrorists have been captured in the current Uganda People’s Defence Forces (UPDF) and FARDC Shujja operation in the Democratic Republic of Congo (DRC).

The FRDC and UPDF bring to the attention of the public that since the launch of the operation against the ADF terrorists and their local auxiliary forces, the situation remains calm on ground.

According to a statement released by BrigGen Flavia Byekwaso, the spokesperson of UPDF and Kasonga Cibangu Leon-Richard, the spokesperson of FRDC, the two Forces are currently engaged in road construction and rehabilitation works to facilitate and further secure the movement of soldiers and the displaced civilian population, particularly on Mbau- Kamango and Mobili axes, Kamango-Semuliki- Beni.

In order to to gain the loyalty of the population and reverse the harmful propaganda instilled by ADF and their allies, the FRDC and the UPDF have launched a vast awareness campaign and are carrying out civil-military action which are already bearing fruits.

“The two Forces bring to the attention of the opinion that the preliminary results of the air strikes and artillery of November 30, 2021 show that 31 Congolese hostages released 34 ADF terrorists captured and four enemy camp destroyed.” The Forces said in a joint statement.

The forces emphasised that in the conduct of operations, units respect human rights, international humanitarian law and the rules of engagement.