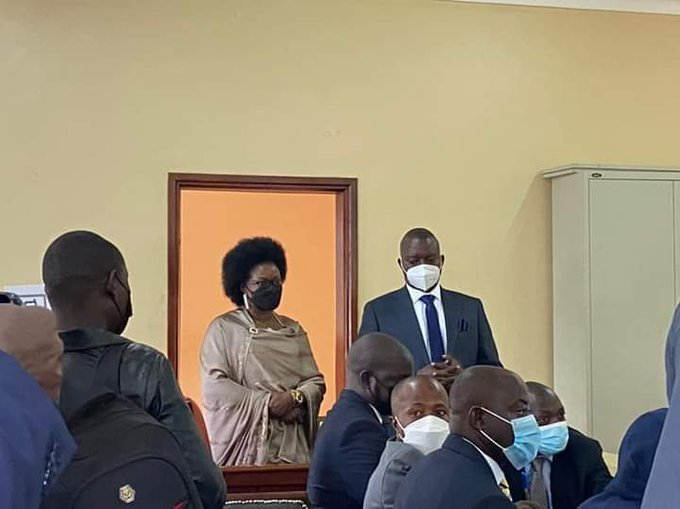 The founder of House of Prayer Ministries and Proprietor of Salt Media, Pastor Aloysious Bugingo and his new fiancée Suzan Makula Nantaba have been granted Shs 3 million cash bail.

Appearing before Entebbe Grade One Magistrate Stellah Okwanga, the two were leveled with charges of contracting Marriage by Customary Law contrary to Marriage Act. They pleaded not guilty. Through his lawyers the accused persons applied for bail on grounds that they have no criminal records and they have never been charged in any courts or law.

Last week, the Directorate of Public Prosecution (DPP) expressed interest to take over the prosecution of matters against the city pastor and Makula.

The Magistrate however directed Male Mabirizi to furnish the DPP all reasonable information, assistance and documents or other matters in this possession or under his control in regard to this case

Private Prosecutor Male Mabirizi alleges that Bugingo and Teddy Naluswa are legally married. On 20th December 2003 Bugingo got married to Teddy Naluswa Bugingo vide certificate number 376 through Church marriage at Victory Christian Center, Ndeba after which the marriage was solemnized and it still subsists.

According to the Act, Section 42 states that Any person who, being unmarried, goes through the ceremony of marriage with a person whom he or she knows to be married to another person, commits an offense and is liable on conviction to imprisonment for a period not exceeding five years.

Section 50 states that “Any person who, having contracted marriage under this Act or any modification or reenactment of this Act, during the continuance of that marriage contracts a marriage in accordance with customary law, commits an offense and is liable on conviction to imprisonment for a period not exceeding five years.”

In 2019, Bugingo filed a divorce case at Kajjansi Chief Magistrates’ Court against his wife and sought for dissolution of their marriage. He accused Naluswa of being disrespectful to him. In her response to the divorce case, Naluswa maintains that she has never been disrespectful to Bugingo since they walked down the aisle many years ago.