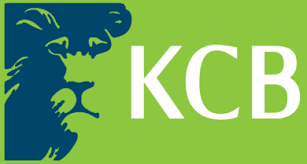 Though the Banks had agreed to disburse a total sum of USD 7,000,000, only USD 6,990,000 was disbursed. This was so because KCB Bank Uganda and KCB Bank Kenya agreed to charge Tirupati’s loan negotiation fees in the sum of 0.5% of the loan amount amounting to US $35,000.

During the contracting period, all principal and interest payments with respect to the loan facility were to be made through Tirupati’s dollar account.

Tirupati avers that KCB Bank Uganda and KCB Bank Kenya breached their agreement when they declined to disburse the total agreed amount of USD 7,000,000 (Shs 24,623,844,000), they debited the plaintiff’s account with loan negotiation fees above the agreed amount and they willfully refused to provide the them with a breakdown of how the loan negotiation amount charged was arrived. They debited the Plaintiff’s accounts to meet costs of a suit after the parties had agreed that each party would bear their own costs in respect of the Consent Judgement in Civil Suit No. 516 of 2017.

The Plaintiff’s lawyers between 2018 and 2021, Tirupati wrote a series of letters to both banks raising a number of irregularities on its bank accounts with the Defendants.

Tirupati argues that KCB Uganda declined to furnish records of bank statements of her current and loan account statements a failure which was inhibiting the Plaintiff’s ability to understand the true extent of her debt.

Secondly, according to Tirupati, both banks failed to provide coherent explanations for the inconsistent loan statements and balances observed by the Plaintiff on her accounts.

Further, according to Tirupati’s lawyers, the 2nd and 3rd Defendants misappropriated and occasioned the disappearance of the Plaintiffs funds in the sum of US$ 995,466.78 deposited on the Plaintiffs current accounts 2150226057 and 1059906732 to aid her loan repayments.

Tirupati notes that the 2nd and 3rd Defendants occasioned or otherwise facilitated the unauthorised use of the Plaintiff’s accounts to transact in varying amounts between 2014 and 2021 totaling to US Dollars 79,900,000 and 62 similar transactions totaling Shs 315,992,747 which transactions bore no relationship to the Plaintiff or its businesses for the period evaluated but appear in the names of the Plaintiff.

However, Tirupati says that the 2nd and 3rd Defendants denied that these transfers and appropriation of funds had any effect on the operationalization of the Plaintiff’s accounts and that no loss was ever caused or could be suffered by the Plaintiff arising out of the said suspicious transfers, yet a contrary position has been shown.

Tirupati also says that using her accounts to operate a scheme wherein the 2nd and 3rd Defendants claimed to have received and disbursed numerous sums which had no obvious purpose or relationship to the Plaintiff and or its business. In so doing, Tirupati says the 2 nd and 3 rd Defendants repeatedly engaged in illegal behaviour; Operating a scheme whereby transactions were entered and run through the Plaintiff’s loan accounts while there were no matching credits out of its operating and current, which in and of itself is illegal and deceitful conduct and that they purported to match payments out of the Plaintiff’s accounts with credits either paid in cash or transferred into her account on the same day.

Tirupati tells court further that the 2 nd and 3 rd Defendants refused to regularise her loan even after the payment of instalments agreed in the consent judgement and continuing to treat the Plaintiff as a debtor, while representing to the Credit Reference Bureau and the 1 st Defendant that the Plaintiff was in fact not in default of its obligations.

In addition to conspiracy to defraud, the plaintiff believes that the above alleged actions and transactions also constituted money laundering by the 2 nd and 3 rd defendant.

This is because: The Plaintiff has received conflicting statements of transactions on its accounts covering the period of the entirety of the loan and beyond the consent judgement, which clearly indicate highly suspicious transactions akin to money laundering and theft by the 2 nd and 3 rd Defendants collectively. These transactions, according to Tirupati, confirm that the 2 nd and 3 rd Defendants failed to manage the risk of financial crime and IT fraud when they maintained separate ledgers for the Plaintiff’s accounts.

The Plaintiff avers and contends that the 2 nd and 3 rd Defendants utilised her United States Dollar and Uganda Shillings accounts in the manner depicted above including pretended extensions of credit purposely to make any audit trail difficult.

The Plaintiff will aver and contend that the said sums represented the proceeds of some form of activity that may have constituted crime necessitating the need for deceit on the part of the 2 nd and 3 rd defendants and that the 2 nd and 3 rd Defendant continue to this day to launder money through her named accounts.