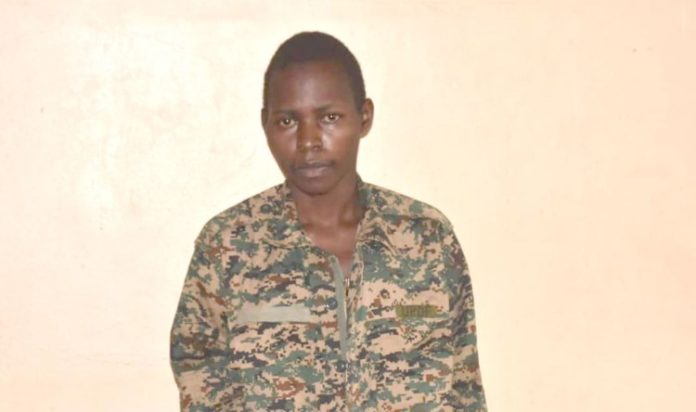 The prosecution led by Lt. Moses Ekwamu told the military court that on July 24, 2021, at around 09.00 pm, while on guard duty at Kanyamwirima barracks in Bundibugyo, Mwanika gunned down and killed Pte Christine Akido.

According to the court records, L/Cpl Piangu was intoxicated while at the Observation Post-OP, having smoked marijuana. When Akido came to meet him, he subsequently shot her four bullets in the chest, killing her instantly.

In his ruling, Col. Robert Okiror, the Chairperson of the Mountain Division Court Martial, said that the court had considered the submissions of both the prosecution and defence teams and found that the accused acted under the influence of drugs, in contrast to the professional standards.

He said the court found the accused to have killed the deceased with malice aforethought. He, therefore, convicted the accused, saying that by the time he returned to society after serving 40 years, he would be a reformed person.