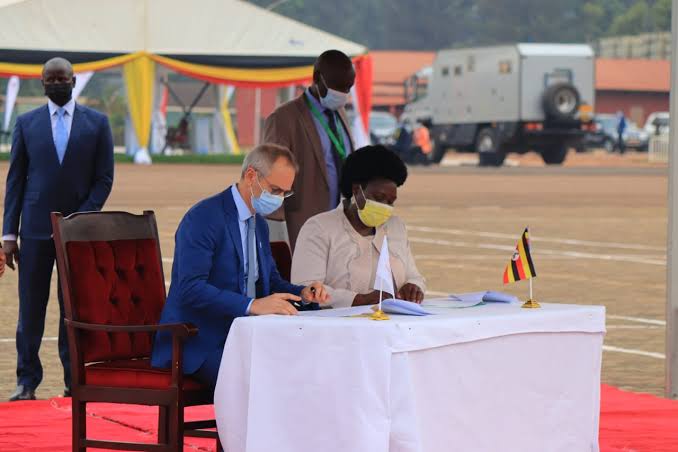 The Executive Director of the French energy conglomerate TotalEnergies Patrick Pouyanne has come under pressure after the country declined to approve funds towards the oil development and exploration of Uganda.

According to a source, the Total boss is being criticized by the environmentalists and prominent politicians as shareholders look on. They call for suspension of funding to the project noting it is in a fragile Ecosystem. Our efforts to get a comment were futile after the company declined to comment on the matter.

The Lake Albert development encompasses Tilenga and Kingfisher upstream oil projects in Uganda and the construction of the East African Crude Oil Pipeline (EACOP) in Uganda and Tanzania.

The Tilenga is a project, operated by Total, and the Kingfisher project under CNOOC. They are expected to deliver a combined production of 230,000 barrels per day at plateau.

The upstream partners are Total (56.67%), CNOOC (28.33%) and UNOC (15%). The crude oil will be transported from the oilfields in Uganda to the port of Tanga in Tanzania via EACOP cross-border pipeline, with Total, Uganda, Tanzania and CNOOC as shareholders.

On 23 April 2020, Tullow Oil announced the signing of a Sale and Purchase Agreement with Total Uganda to be effective on 1 January 2020, in which it agreed to transfer its entire interests in Blocks 1, 1A, 2 and 3A in Uganda and the proposed East African Crude Oil Pipeline (EACOP) System to Total.

Tullow received $500 million consideration and a further $75 million after a Final Investment Decision is taken on the development project.

Last month, Pouyanne signed the Final Investment Decision (FID) that will see the production of Uganda’s oil in 2025. The FID will see Total and CNOOC investing more than US$10 billion in developing crude oil production between Uganda and Tanzania.

Out of the $10 billion, $3.5 billion will be spent on constructing a heated pipeline linking oil fields in western Uganda to the Indian Ocean port of Tanga in Tanzania. With 897 miles, the pipeline will be one of the world’s longest.