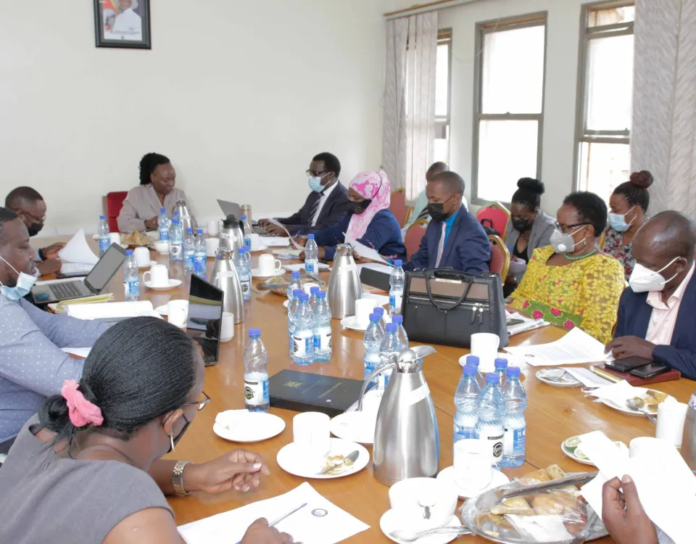 Members of Parliament are courting the Government to raise the senior citizens’ grant from the current Shs25,000 to at least Shs35,000.

Under the Social Assistance Grants for Empowerment (SAGE) programme implemented by the Ministry of Gender, Labour and Social Development, the senior citizens of 80 years and above are entitled to a monthly pay of Shs25,000 to facilitate their social wellbeing.

During a sensitization meeting organized by the Uganda Parliamentary Forum on Social Protection (UPFSP) on Monday, MPs demanded that the government gradually increases the money to at least Shs35,000 amidst high cost of living and inflation. The MPs also expressed their disappointment with the Government for delaying to pay the older persons since mid-last year.

The Chairperson of UPFSP, Hon Flavia Kabahenda Rwabuhoro, has urged MPs to use the forum to persuade the Government to bring a supplementary budget to clear the pending arrears.

“We are seeing supplementary budgets coming to Parliament for all sorts of things. Recently, a total of Shs17m was released for Parish Development Model without guidelines and it is currently not yet being spent. Why then is it hard to provide money for the senior citizens grant? We are claiming a right and not a favour from the Government,” Kabahenda said.

“I am told there is another supplementary budget coming in March; let us stampede it until arrears for the senior citizens are paid. It should not be reflected as domestic arrears for next year.”

“We had proposed to use the funds remitted for FY 2021/2022 to clear the arrears, but the Ministry of Finance declined to give us the go ahead saying the arrears will be considered as a domestic arrears for FY 2022/23. This however, is not even reflected in the Budget Framework Paper up to date,” Kasaija said.

Kasaija said that this year’s delays to pay the senior citizens resulted from the ongoing migration process where the Government is considering moving from Post Bank to Centenary Bank.

“There is a delay by the older persons to open up accounts with Centenary Bank which is mostly resulting from lack of National IDs to complete the registration. However, we are working with NIRA to speed up the process. Otherwise, the funds for the older persons for this financial year are available,” he said.

MPs also want the eligibility age lowered from 80 to at least 70 years. Lowering the eligibility age from 80 to 70 will see a total of 764,945 beneficiaries covered from the current 358,420 and would require an additional budget of Shs158 billion. Since its inception in 2010, the SAGE programme has benefited 393,284 older persons to a tune of Shs479.7 billion.