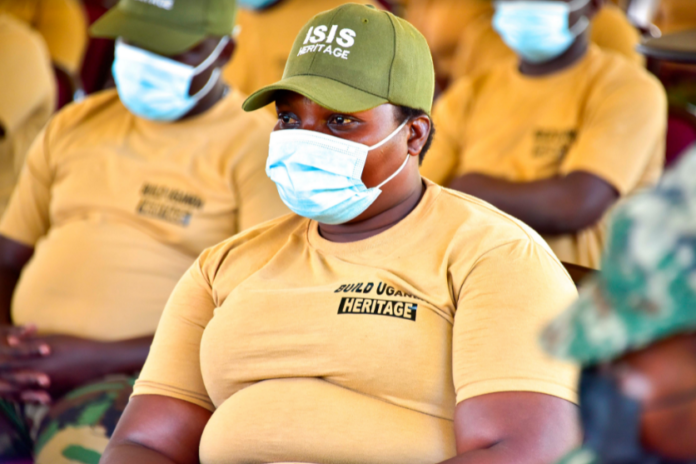 President Yoweri Museveni has urged Wakiso district councilors to serve with diligence and patriotism for development of Uganda.

The 77 councilors from the National Unity Platform (NUP), seven from the Democratic Party and one independent were beneficiaries of a five week training on Patriotism and leadership which took place at Heritage Site Entebbe.

“I implored them to engage in result-oriented leadership, specifically supporting or introducing programs that will bring our people out of poverty,” Museveni said.

The NUP Party councilors had been told not to attend however defied the directives and attended the training.

According to the Minister for Presidency Milly Babirya Babalanda, the five weeks training was coordinated by the Internal Security Organisation (ISO).

The training aimed at equipping leaders with knowledge in how the government operates and in their role in building a strong Nation.

In a letter to Wakiso District LC5 Chairman, Matia Lwanga Bwanika the minister invited all the district councilors however NUP Party warned its members who intended to attend the training.

“President Yoweri Museveni has in the past initiated programs in Kampala metropolitan aimed at transforming the lives of people; however, the efforts have had dismal impact due to lack of will to drive them,” the minister said.