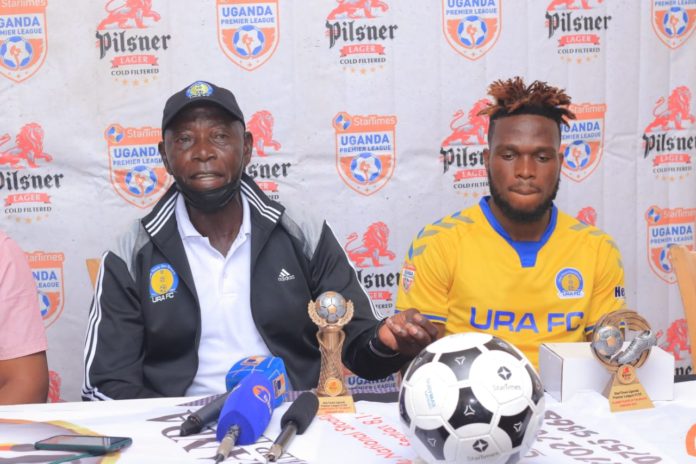 URA FC head coach Sam Timbe and forward Steven Mukwala have scooped the Pilsner Lager Coach and player of the Month of January/February.

The Tax Men were superb in the two months winning five of the seven games played in the period with Timbe at the helm while Mukwala scored six goals in four games.

“First of all, I want to thank Pilsner for supporting us in such a hard time,” started Timbe.

“I am glad to be named the best ahead of all other 15 coaches in the league. I just returned in the league and I am very happy to have won this. I am proud of my players, and I believe they can help this team win the league title this season.”

Mukwala said: “This has been all about hard work. This pushes me to achieve more this season, I feel so delighted to have won this award, am a hard working player and I can still win the Golden boot.”

Both Timbe and Mukwala walked away with cash worth Shs 1,000,000 each.

URA FC returns to league action against Onduparaka at Arena of Visions on Tuesday in match day 20.