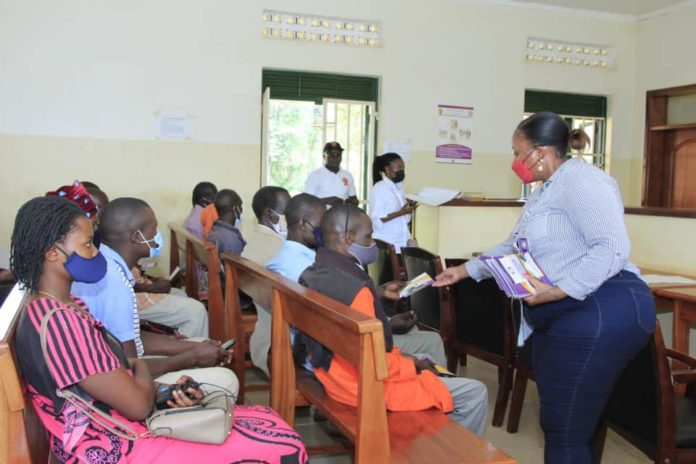 The Communications and Public Relations Registry, has kicked off public awareness campaigns in several courts. This Registry kicked off the campaigns in Kayunga and Lugazi Chief Magistrates Courts.

The sensitization will be climaxed with a court open day at Jinja High Court on March 14, which will be presided over by the Deputy Chief Justice, Richard Buteera.

The Campaigns which include radio talk shows, distribution of literature on court processes, aim at enhancing communities’ knowledge of court processes and initiatives.

There was a question and answer session where the Court’s Magistrates; HW Muggaga John Kavuma and HW Kyoshabire Caroline gave responses on different issues raised. These included matters to do with Execution, role of bailiffs, administration of estates among others.

At Lugazi Court, the Chief Magistrate, HW Amabilis Stella Maris, the awareness campaigns were held alongside a stakeholder meeting to discuss matters affecting administration of justice in that jurisdiction. During the meeting, the stakeholders were sensitized on the different initiatives that the Judiciary has and were also urged to share the knowledge with the people in their communities.

The awareness campaigns will head to Njeru Magistrates Court next.