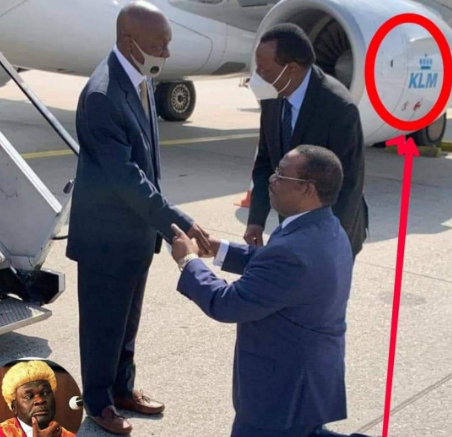 Katikkiro said when Kabaka traveled to Germany in August 2021; “he didn’t fly by presidential jet but by KLM airlines.”

“Death causes shock, grief and anguish and it often makes emotions run high. That is why it is required of us all to be calm during difficult times like this,” Katikkiro said.

Remarking at the Speaker Jacob Oulanyah’s home on Thursday, the Chief Justice accused Baganda of demonstrating outside a hospital in Seattle, USA where the deceased speaker was admitted.

The protesters were demanding that the speaker be brought back to Uganda for treatment. They claimed that the Speaker was part of the National Resistance Movement (NRM) government which has failed to heavily invest in the Country’s health care system and chose ‘medical tourism’ for government officials.

This website has however learned that the ring leader of Oulanyah protests in Seattle was Milton Allimadi an Acholi. He is an Adjunct Professor and Publisher at John Jay College, New York, USA.