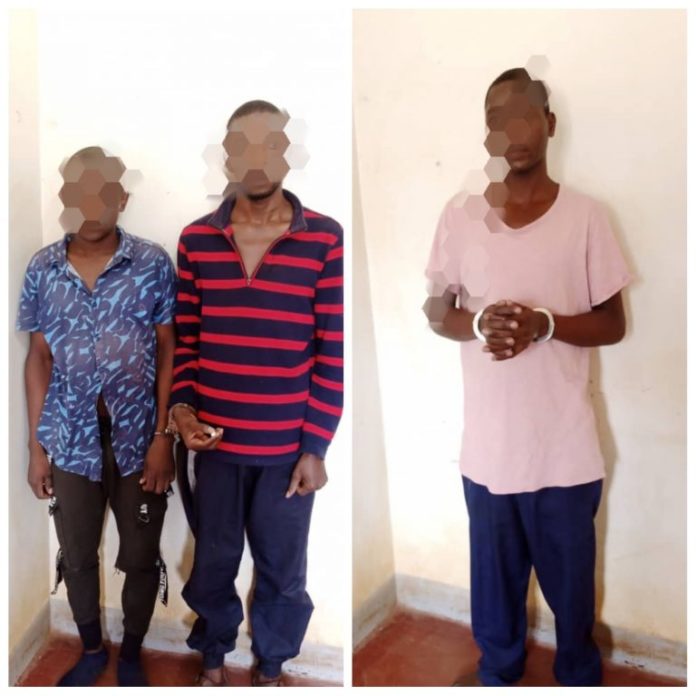 The Special investigations Division (SID) team of investigators at CID Headquarters investigating criminal acts of vandalism yesterday charged 3 people to Utilities Standard and Wildlife Court at Buganda Road with two counts of Tempering with Electrical Installations and Conspiracy to commit a felony Contrary to sections 81(1) and 390 of the Electricity Act, and Penal Code Act respectively.

According to Police, it is alleged that on 23rd March 2022, at Nabbuzi village, Kamengo Sub County in Mpigi District, the duo was arrested red handed with 5 scrap carrying bags and Arc saw Blade, actively cutting stepping angle bars on one of the metallic electricity poles that carry electric high voltage wires along Kampala-Masaka high way.

The two were handed over to Special Investigations Division of CID, who upon carrying comprehensive investigations, charged them to Court.

The suspect was on 18th March 2022 in Namutumba District arrested by some members of public for, tempering, damaging and stealing electric conductor AAAC-100 measuring approximately 1500 meters.

Despite government development initiative to generate, and transmit Electricity for both domestic and industrial purpose across the entire country, the country continue to witness criminal acts of vandalism of power transmission and distribution infrastructure.

“Such criminal acts undermine the government’s efforts of propelling the economy to the desired level of economic growth, considering the fact that electrified tools boost productivity. Important to note is that such acts of criminality compromise the reliability, continuity, and stability of power supply as well as National Security,” police said in a statement.

Police noted that vandalism of electricity infrastructure has a relationship with the unregulated scrap business scattered across the entire country who unfortunately fund the operations of crime and later buy the stolen items for their industrial use as raw materials.

“Police would like to assure the general public, visitors and the investors that their safety and security threatened by vandalism remains our priority, and further pledge to continue conducting several intelligence led operations until these senseless acts of vandalizing are completely put to an end.”

Police called upon citizens to provide them with credible information to help them in arresting some people they have caught committing such criminal acts.