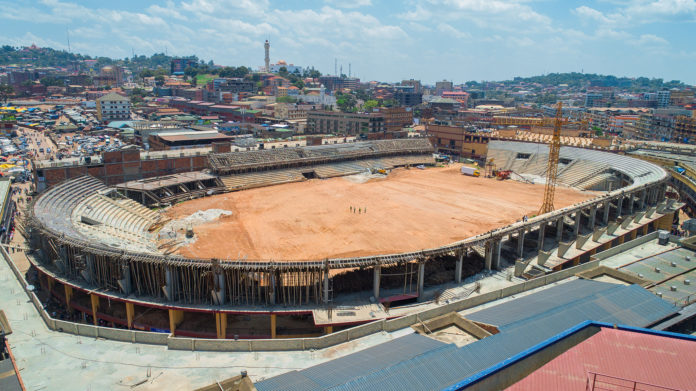 The exact day of the visit is yet to be known.

Businessman Hamis Kiggundu took over the sports facility for redevelopment in 2017. Initially, the stadium was projected to end in 2019 but the construction of the facility had stalled due to Covid-19 pandemic, politics, court battles and compensation of vendors.

The Construction works are spear-headed by Roko Construction Company. The state of the art Stadium will have a modern athletic track and other indoor games plus multi-level parking of about 10,000 cars among others. It will have two suspended floors, a two-level pavilion, and a roof.

“We are on track to not only complete the work in the shortest time possible, but also make a statement about our capacity as Ugandans to do the best. From a realistic and reasonable point of view this is not just a stadium but a legacy and clear illustration to all Ugandans that if Uganda is to develop it’s our responsibility as Ugandans to develop our motherland,” Kiggundu told the Observer newspaper in an interview recently.

Ham surrounded the sports facility with his giant shopping arcades and malls in contravention with world soccer governing body FIFA.

Experts have come out recently to slam the stadium for being below international standards, with many asserting that FIFA and CAF would never consider hosting games there. For example certified security and safety officer Dixon ‘Bond’ Okello recently told the press that Nakivubo will not be up to CAF and FIFA standards.

He said the size of the stands is too small, whereas the access and exit route in case of emergencies are not well constructed but also the surroundings to the facility including tall buildings, tax and bus parks, and St. Balikuddembe market make traffic impassable.