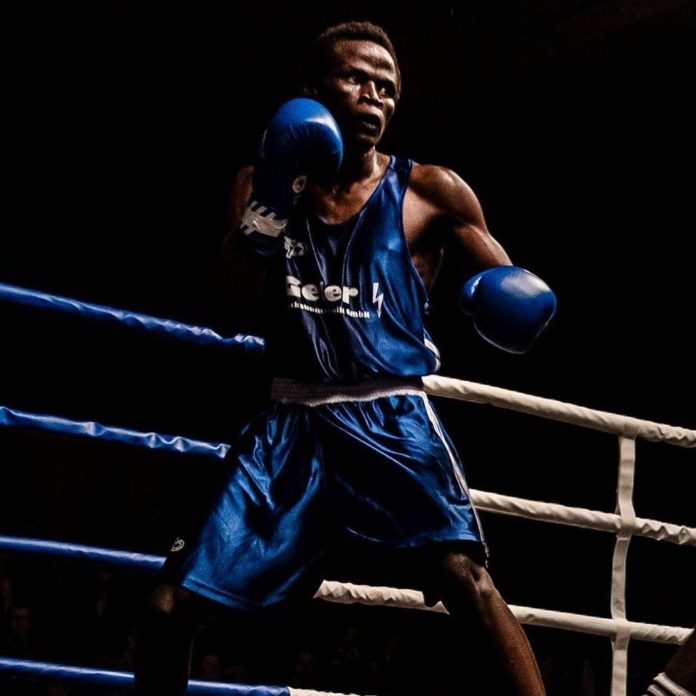 Odoch John Fisher is a professional boxer who started his career in the UPDF boxing side.

Currently he is boxing for Team Hessen where he participated in Germany championships winning silver medal at national games and excelled to Bundesliga boxing in Team Hessen at the age of 18.

Odoch is born to Oroma Jesca and Oyoo Samuel, who was also a boxer at UPDF boxing clubs in the late 90s. He was brought to boxing by his uncle while he was 8 years old.

He was to represent Uganda in the 2017 youth common wealth games in Bahamas but because of financial stabilities he couldn’t go for the games.

The young German-based boxer fought at the 97th German Championships U22 with a brilliant performance and won the silver medal.

With a record of 13 wins in 37 fights so far, John traveled to Rostock as part of the Hessian boxing association.