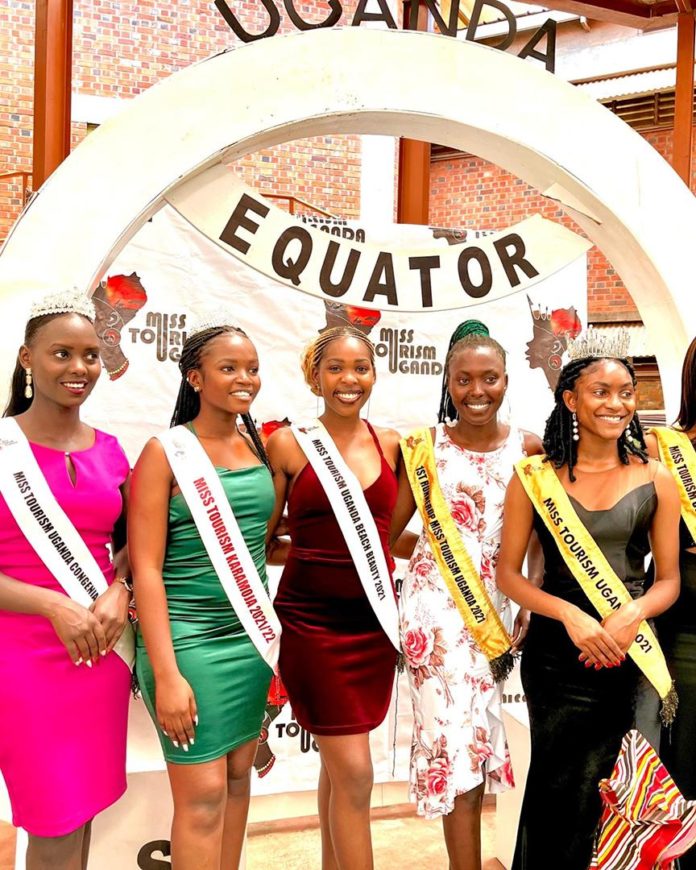 Miss Tourism Uganda has launched its 10th edition which will lead into crowning of the 2022/2023 beauty queen. The campaign was launched last week at the Uganda Museum, Kampala.

He said for the last 10 years, they have been promoting tourism awareness in Uganda through pageantry and several other initiatives such as conservation, cultural preservation, fashion, Music and art in partnership with Uganda WildLife Education Center (UWEC), Uganda Tourism Board (UTB) and the Ministry of Tourism.

The search for beauty queens will be conducted out in different regions and later a grand finale at the Kampala Serena Hotel.

Initially, Miss Tourism started as a national team and the interest was overwhelming that in 2013, the founders acquired six clusters and the preceding year, they had grown to 12 clusters. It covers a range of activities which include; tree planting, cultural festival, road safety campaign, food tourism, engaging young girls and women in business, Fashion and music among others.

Mr. Ntambi Lyazi said through miss tourism, we have seen a lot of fashion innovations, reinterpretation of Ugandan culture, and other initiatives showcased all over the world. He urged all girls to take interest in the competition noting that it will help them to build self confidence.

“I applaud the CEO for pushing it forward. The initiative has really been good because we have not heard lousy news about the pageant,” he said.

Ms. Trisha Julian Kyomuhendo, the founder of Little Miss urged girls to fight for the space in this year’s edition. She said the pageant is not about beauty, bums but brains and gaining self confidence among girls.

Susan Kahunde Adyeri, the reigning Miss Tourism Uganda from Toro Region applauded Miss Tourism noting that it has given her platform and urged other girls to follow suit. She is a former beauty pageant queen of Kyebambe girl’s school Fort portal and Miss Tourism Toro Region.