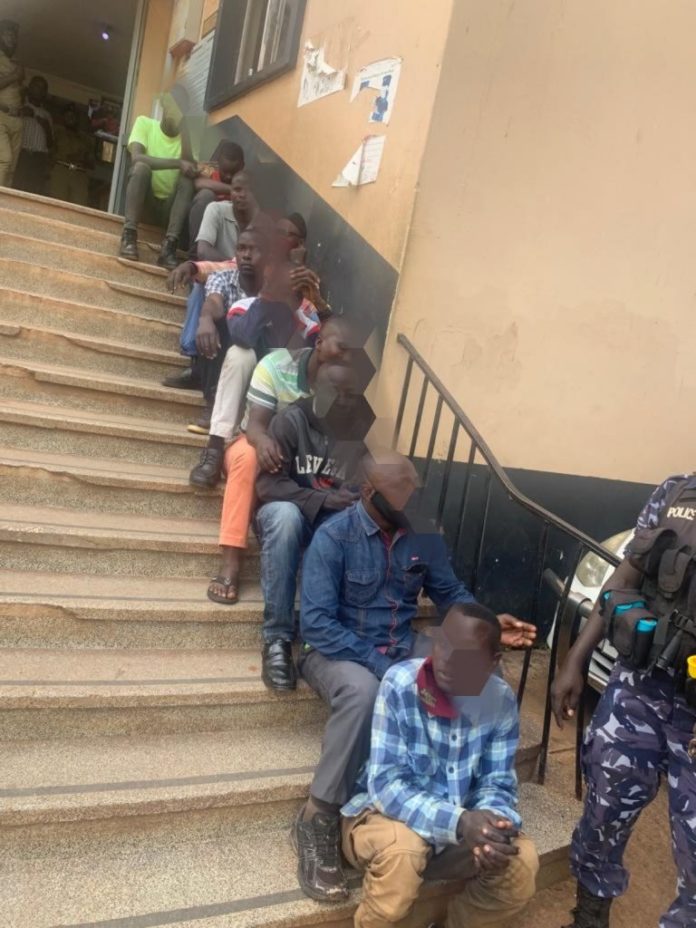 Central Police Station Kampala yesterday carried out an operation in the areas of Clock tower and Biwologoma where several complaints had been registered about motorcycles being illegally impounded.

Most of the complaints were from motorists, especially boda boda riders who have been accusing people in civilian wear of impounding their motorcycles along clock tower area and later extort money from them before releasing the illegally impounded motorcycles.

According to the Kampala Metropolitan Deputy Police spokesperson, Luke Owoyesigyire, 12 suspects have been arrested. They include three KCCA enforcement officers whom the riders accuse of colluding with others to extort money.

“A chain used to lock down the motorcycles in ungazetted places has also been recovered and taken as evidence,” he said.

“The operation is still ongoing and the public should take note that only officers in uniform should stop and impound your motorcycle. In case you are affected by such a situation, report the matter to the DPC, Central Police Station or Officer in charge of traffic,” Owoyesigyire added.

The arrested suspects will be arraigned in courts of law as soon as investigations on them are done.