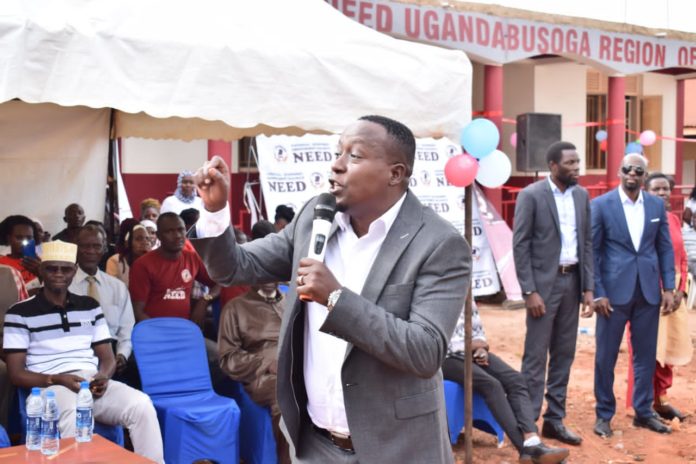 The leader of the National Economic Empowerment Dialogue (NEED) Joseph Kabuleta has vowed to transform Uganda in two years when trust him with power. The former presidential candidate said this while meeting his supporters in Jinja.

Kabuleta told the people of Busoga to go back to growing coffee because they have no cash crop. “You used to grow coffee and cotton but you later abandoned it.  Sugar cane has led you to this chronic poverty because the cane factories have put procedures aimed at making you poorer that you can’t directly sell to them and get money.”

He said there is no region in Uganda which had a better railway network than Busoga. All trains from various regions would end up in Jinja because it had all the factories dealing in cotton, Copper and others.

Kabuleta said President Yoweri Kaguta Tubuhaburwa Museveni’s decision to prioritise scientists is wrong because they all spend the same time in school. “We are poor not because we don’t have scientists but because Museveni’s government brought all this. We therefore need all professionals be it lawyers, Doctors, engineers and others.”

“Ugandan’s problems are caused by lack of leadership. Disparaging scientists over arts is wrong. Prioritizing scientists who are not going to invent something is bad, scientists are not very special, and we need Leaders, lawyers and others from other departments.”

“We are promised to restore productive sectors like mining, agriculture which were the biggest sources of revenue in this country. We are going to create employment opportunities for the youth. 70% of the youth have no jobs. You will never be this poor when I become the president of Uganda,” he said.