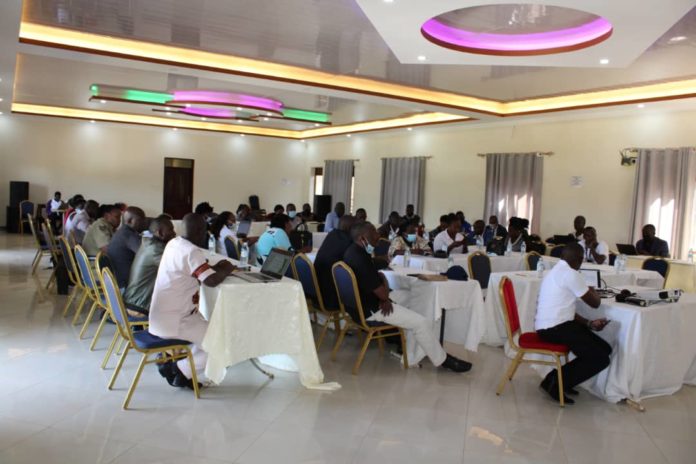 The Ministry of Gender, Labour and Social Development has today conducted a training of over 100 local leaders in the Tooro sub-region on Government interventions on the elimination of the worst forms of Child Labour .

The training comes ahead of the commemoration of the 2022 World Day Against Child Labour,which will be celebrated at Bunyonyi Primary School in Kabarole District on Sunday 12th June. Jessica Alupo,the Vice President, is expected to be the Chief Guest.

In Uganda, incidences of Child Labour increased during the COVID-19 pandemic from 21% to 36% according to the Uganda National Household Survey 2019/2020.

Further analysis of the data before and after 20th March 2020 showed that 36 percent of the children aged 5-17 years engaged in Child Labour including household chores; an increase from 21 percent registered before 20th March 2020.

The situation was exacerbated by the closures of schools because even after schools were re-opened in January 2022,1 in 10 school children did not report back to school, according to figures by the United Nations Children’s Fund(Unicef). These children are likely to have slipped into Child Labour.

The training focused on the legal and regulatory frameworks on the elimination of Child Labour which include the National Child Labour Policy, 2006 and Employment Act, 2006 as principal legal frameworks to curb Child Labour.