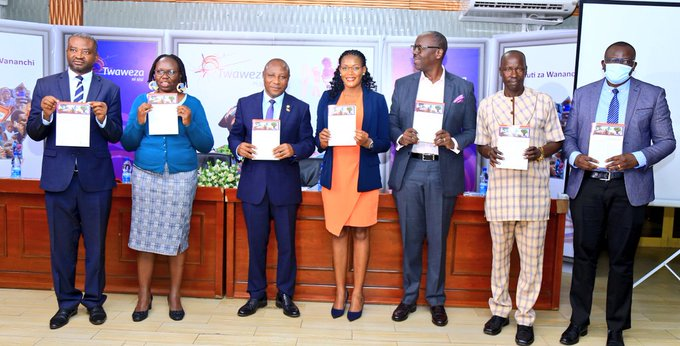 Ugandans are facing a growing livelihood crisis as prices for food and basic commodities rise sharply.

The World Food Program tracks prices of food regularly and their data shows a 30%-50% increase in the price of maize flour, cassava flour and sorghum over the past 12 months. Prices for these staples are now higher than any time in the last decade except for 2017 when East Africa overall experienced drought related food shortages.

These price increases come at a time when Ugandans were already facing food insecurity in large numbers. The Covid-19 pandemic and enforced long-term lockdowns saw Ugandans struggle to put food on their tables. Four out of ten households (37%) had members who went for a day without eating in the previous 12 months compared to 23% in December 2020. Similarly, half of households (48%) ran out of food in the past 12 months compared to 36% in December 2020. Skipping a meal (52%) was also a common response to lack of food or resources.

The relationship between language and life circumstances revealed by this survey is also interesting. The majority (55%) of poorer householdsspeak Ateso (17%), Leblango (15%), Lusoga (14%) and Ankaramojong (9%). In wealthier households these are spoken by 11% of the people.

These findings were collected and curated by Twaweza East Africa and are being released to mark the launch of the second Sautiza Wananchi panel. The data provide the opportunity for citizens to share their feedback and experiences of government. The brief is based on data from Sautiza Wananchi, Africa’sfirst nationally representative high-frequency mobile phone survey. The data presented were collected from a nationally representative sample of respondents via the second Uganda baseline survey, sampling 3,000 citizens from across the country.

Violet Alinda, Twaweza Uganda Country Lead and Director of Voice and Participation, said, “Ugandans, who have suffered deeply during the Covid-19 pandemic and ensuing lockdowns, are again facing serious threats to their livelihoods. The time for action, to hear the call of citizens, is now.”

Aidan Eyakuze, Executive Director of Twaweza, said, “We are honoured to be launching the second Sauti za Wananchi panel, through which we hope to ensure that citizens’ voices help to shape official decisionmaking. These 3,000 citizens voices are added to the many calling for relief to see the country through these devastating price rises.”

Kabbyanga Godfrey Baluku, the state minister for Information, Communication and Technology (ICT) urged Civil Society Organisations (CSO) to educate citizens about their civic rights and their roles noting that it will empower them to demand for better services from the government.

“During the COVID-19 lock downs, Twaweza provided data for key entry points (Kyotera,Tororo and Kampala) which was used in designing communication programs to increase uptake of prevention and protection guidelines. The data will help us in our decision making particularly around dealing with inequalities that were increased by the pandemic” he said

He said government needs mechanisms such as SautiZaWananchi to monitor and keep track of what is happening in communities.