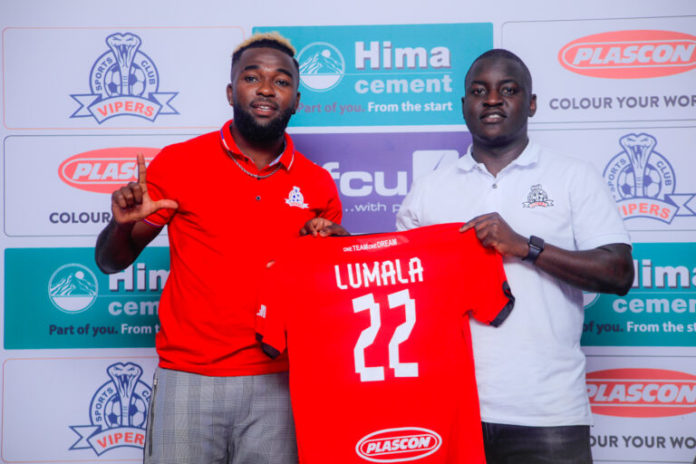 Vipers Sports Club has completed the signing of free agent Abdu Lumala on a three-year contract.

The pacy winger is a graduate of St Mary’s Secondary School, Kitende, a side that made him known before he hit the European stage in 2015.

Being the big name and talent he is, Lumala was quick to highlight how eager he is to help the team in competing at the highest level, during his stay at St Mary’s Stadium.

“I would like to thank the Club President (Dr. Lawrence Mulindwa) and the General Manager (Steven Mulindwa) for making the deal possible,” said the 25 year old in his first interview with Vipers Media.

“My target is to help my team reach the CAF Champions League group stages, the league and all the competitions we are involved in,” he added.