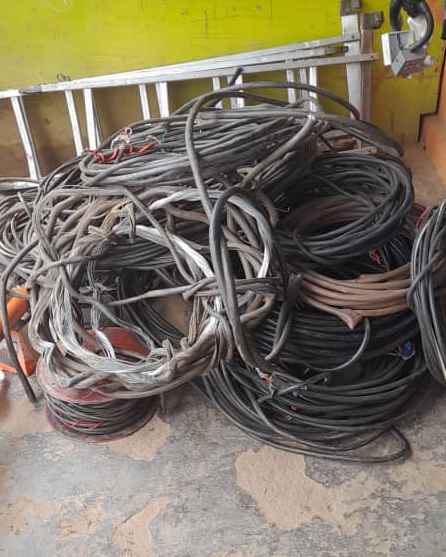 Police in Wamala region are holding five suspects in connection to vandalism and theft of electricity infrastructure across the region.

The suspects were arrested in an operation conducted on 2nd August 2022 against acts of sabotage, vandalism and theft of electric wires and cables across Wamala region. The operation was targeting scrap and electric shop dealers.

Exhibits of (insulated wire) Solido wire cables, earthing wires, and electric phase wires amongst others belonging to both UMEME and REA were recovered from areas of Ntwetwe in Kyankwanzi district, Kasana Cell in Mubende district, Kibibi garage in Mityana district, Bukomero town council and parts of Kiboga town council in Kiboga district.

Vandalism of electricity infrastructure according to Umeme hit alarming levels with vandals stealing over 133 km of cable in past 12 months and causing unprecedented disruption of electricity supply. The sector loses over Shs26 billion in stolen copper wires, vandalised transformers and poles amongst others.

A Shs1 billion fine or a 15 years jail term awaits anyone who is found guilty of vandalising electricity infrastructure following the passing of the Electricity (Amendment) Bill, 2022. Members of Parliament passed the bill on Wednesday, 13 April 2022.