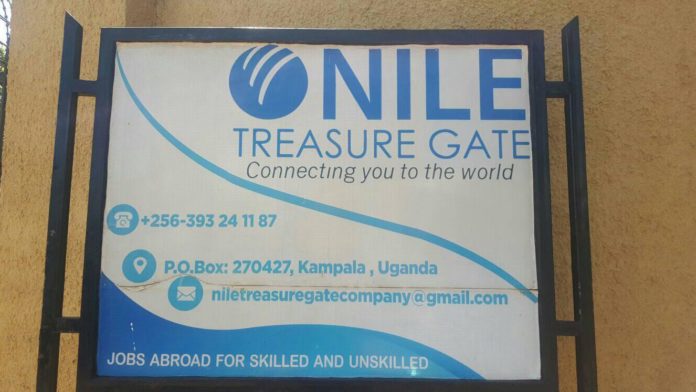 Appearing before Chief Magistrate Elias Kakooza, the five were committed to high court after prosecution led by Eunice Mbaine told court that they have finalized the investigations into the matter. Mbaine thereafter submitted committal papers signed by Rachael Bikhole, the assistant director of public prosecutions on behalf of the DPP showing part of the evidence they are going to rely on to prosecute the accused persons.

Prosecution avers that the five and others at large between December 2019 and October 2021, between Kampala district, Uganda and Saudi Arabia, organized, facilitated or made preparations for sending to, receiving or confining Nakintu Judith by means of fraud or deceit or abuse of power of position of vulnerability for purpose of removal of body parts or organs

Prosecution says that the victim suffered mutilation or a life threatening illness and the offense was committed by a syndicate.

The five allegedly conspired and unlawfully removed the right kidney of Edith Nakintu, a lady they had taken for labor in Saudi Arabia. The five have been on remand since February this year.

Judith Nakintu left Uganda to work as a maid in Saudi Arabia on 12/12/2019 via recruitment agency Nile Treasure Gate Co Ltd. She was lured to hospital under the guise of testing for Covid-19 but she underwent involuntary surgery that led to her disability.

Contrary to the report from Mulago Hospital, a private Medical Report showed that Nakintu’s right kidney is missing.

Migrant Workers’ Voice raised concerns about how Ugandans are being exploited by Middle East traffickers who trade in body parts.

Recently, a dismembered body of Milly Namazzi (Age 26) was returned to Uganda on Jan 17 with her private parts removed. She had been subjected to multiple severe beatings. Milly had gone to Saudi Arabia to work as a maid via Dreams Connect Ltd and was killed in Egypt on December 5, 2022.