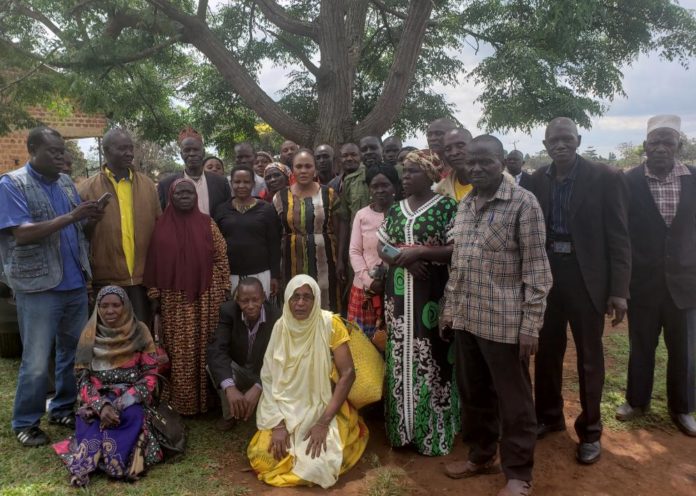 The Mayuge Deputy RDC, Trevor Solomon Baleke has this afternoon addressed members of the veterans’ wing of the Front for National Salvation (FRONASA) at their general assembly at St Andrew’s Primary School in Magamaga Town Council.

The veterans who helped fight Idi Amin in the early 1970s invited the Deputy RDC as a neutral person to preside over election of their leaders for their eastern group.

But only listening to the initial speeches, Baleke sensed there was some bickering among some individuals within the veterans and some had not been mobilized for the meeting.

“You are the reason we are. Therefore you deserve to be one person, loving one another and listening to each other. A divided house cannot stand the test of time,” he said.

He therefore advised members to adjourn the meeting to a later date, creating time for enough mobilization so that no member is left out because of a communication gap.

He offered paying for the group radio announcements so that everyone is informed of their meeting.

Members resolved to return to the same venue on Saturday October 1 for election of leaders.

The  regional committee will comprise of a chairman, vice chairman, general secretary and a coordinator for every district.

Fronasa was a Ugandan rebel group led by Yoweri Museveni. The group emerged in 1971, although it was formally founded in 1973. FRONASA, along with other militant groups such as Kikosi Maalum led by Milton Obote, formed the Uganda National Liberation Front [UNLF] and its military wing the Uganda National Liberation Army [UNLA] in 1979 to fight alongside Tanzanian forces against Idi Amin.