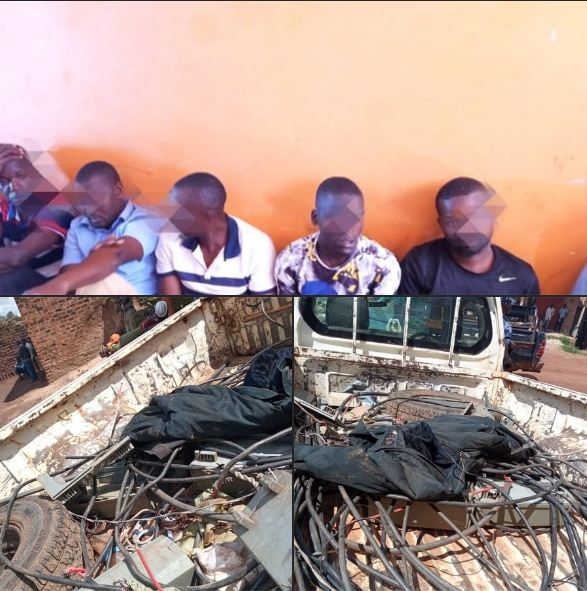 Police in Mityana are holding 14 suspects in connection to the vandalism of electricity infrastructure. The suspects were arrested in a joint intelligence-led operation with the Ministry of Energy on Thursday.

They were arrested at Suremax guesthouse where they have allegedly been keeping the stolen electricity property.

“They will be charged with interference with meters, works or public lamps section 85A of electricity Amendment act 2022 among other charges. We are currently interrogating the suspects and inquiries are ongoing,” Kawala said.

A Shs1 billion fine or a 15 years jail term awaits anyone who is found guilty of vandalising electricity infrastructure following the passing of the Electricity (Amendment) Bill, 2022. MPs passed the bill on Wednesday, 13 April 2022.