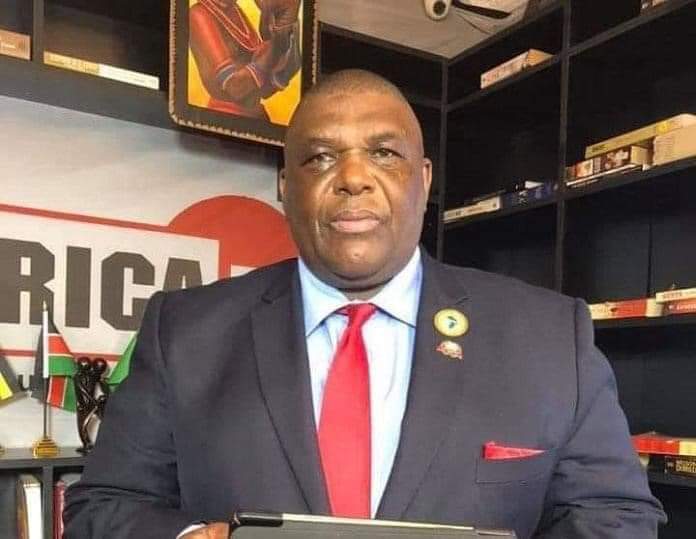 By Dr David Matsanga in London

I write this letter as a caution to you Africa Heads of State on the Russia-Ukraine conflict. Three years ago when I landed at London Heathrow Airport I noticed something strange.

Chinesse Airline crew were wearing masks. I asked the crew of the airline I traveled on why they had no masks and the answer was very intetesting. Few weeks later I returned to Africa and wrote a caution letter to African Heads of State on covid-19. The rest is history. Africa was not prepared.

Today again I am writing this letter to alert my African people to be alert. It is time to start preparing for a long and protracted crisis that will soon affect the entire African continent. The return of the cold war and Ukraine-Russia crisis.

First the crash of a pound sterling in United Kingdom and Russia signing a decree that has annexed the territories that they allegedly claim belonged to them are good signs to alert African leaders to what is coming for our people.

The three-headed crisis of conflict, Covid and climate change will create a geopolitical Cerberus of sorts, blocking progress during a time when Africa is just recovering from the COVID menace.

The Covid-19 pandemic destroyed most of the economies of African countries because, Africa could not trade or export its raw materials to outside markets . This was the time of pushing forward but the conflict in Europe has dealt us another blow .

I must add that mirroring these triple threats, African leaders must start exploring three areas in which the global cost of living crisis is unfolding: energy, inflation and food.

The current crisis is a blow to Africa as the continent races to build resilience before the onset of drought, famine and conflicts in Ethiopia, DRC, Burkina Faso, Libya and other countries.

African Heads of State must look beyond the short-term shocks of inflation and be prepared about the dangers ahead. I go on record to warn that weaponizing trade and fiscal policy by European countries could have more serious implications for Africa.

I recall that the number of hungry people in Africa and the world was already at record-breaking levels before the war in Ukraine pushed tens of millions more people to the brink. This becomes a timebomb to Governments in Africa.

I note that Africa’s role in supporting Russia has come under fierce criticism from USA and some western nations which have sent threats of imposing sanctions on leaders and countries that openly support Russia in this war.

It is important to note that African Heads of State MUST call for an urgently meeting to look at possible ways of pursuing their own version of foreign policy to avoid uprisings and street demonstrations.

I see a huge impact of the instability of energy supply and closure of supply chains that will affect Africa. There are those being experienced in the UK and around the world which must be an opportunity to accelerate the clean energy transition.

Heads of State take heed. Prepare for the events that are not our own making

Thanks to Your Excellencies,

The writer is a Political Scientist, International relations and conflict Resolution expert, also practices as an investigative journalist based in London and Africa.