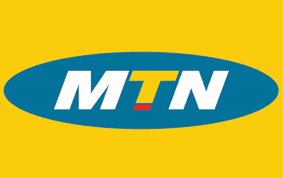 Self seekers are at it again to dupe government with a malicious Report against MTN.

Some self seeking individuals have coined a report, currently doing rounds in some Online media circles to the effect that State House has Uncovered Massive Fraud At MTN Uganda which has led Gov’t to loose billions in revenue.

According to the recycled allegations, MTN Uganda is on the spot for alleged massive fraud and fraudulent practices that has left Government counting losses in revenue as a result of CLI (Caller Line Identification) spoofing.

However, responding to the allegations, a reliable source from MTN scoffed at the accusations as baseless efforts which have been coming up from time to time attracting investigations which have severally exonerated MTN.

“It would be foolhardy to believe anything coming from those blackmailing gold diggers using scare tactics to get government to make purchases of expensive equipments which have never made proved anything” the source said.

“They are trying again to get government to buy more equipment so that they can walk away with exorbitant commissions. These are over priced, obsolete equipments which projects negative results.”

MTN has expressed willingness to welcome any Agency or organization seeking to verify the malicious claims to go and do any audit at any time.

“MTN have been transparent and above board company since it’s conception and will remain so despite efforts by detractors to malign it” The company will continue to uphold transparency and above board practice as the hallmark of it’s operations.

The source who spoke on condition of anonmity scoffed at the report saying ” It’s human nature that nobody will ever appreciate a successful person or company and such negative allegations come along the way.”

The company is however welcoming any investigations, the same way it has whenever such allegations crop up.

On the hind site, it’s believed that MTN is actually the biggest looser of revenue in excess of 400 million shillings everyday from the illegal traffic coming into Uganda.

This has compelled MTN to work with security agencies which have effected several arrests unfortunately the sim box fraudstars always get released.

“Government is very much aware of these efforts and cases are with Police”.