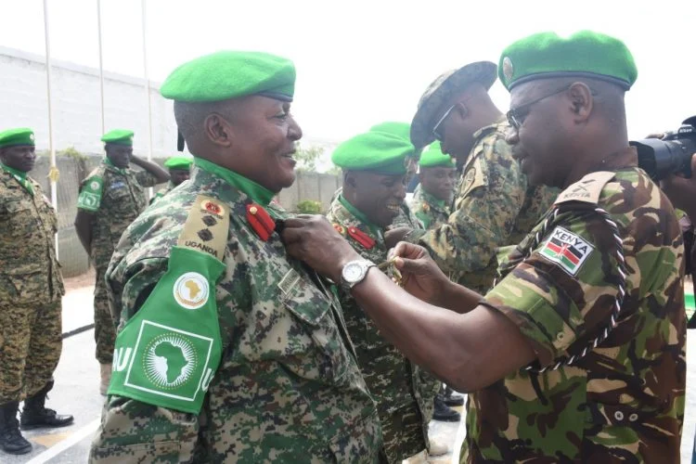 The new Battle group XXXV1 will be taking over the responsibilities in the area.

The ATMIS force commander Lt Gen Diomede Ndegeya applauded the outgoing Uganda military for its role in securing the parliamentary and presidential elections, Mogadishu city and the base camp.

The remarks were delivered by the ATMIS deputy force commander in charge of operations Maj Gen Williams Tshume during the medal awarding ceremony.

“We feel proud, and appreciate you for the job well done. You deserve this Africa union medal, because you have earned it,” he said.

The group was also recognised for acting as cushioning the area against the Al Shabaab rebels. They acted as blocking forces to stop the rebel group infiltration of Mogadishu by dominating entrances into the city.

According to Ugandan military contingent commander Brig Gen Keith Katungi the group maintained a civil military relationship with the people in the areas they were protecting.

He thanked them for following the Uganda People’s Defence Forces (UPDF) tradition of being pro people.

The incoming battle group XXXV1 will be led by Col John Musiitwa.