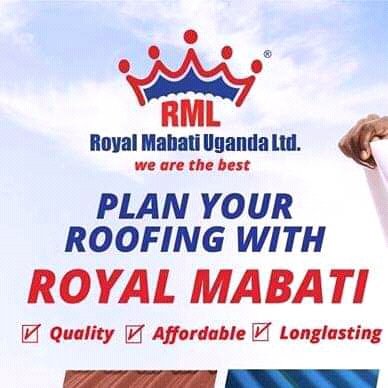 The country Operations Manager for Royal Mabati, a steel manufacturing company, has been remanded for allegedly defrauding a customer of Shs4.48 million.

Esther Wanjugu is accused of failing to deliver the iron sheets to Mr Mercilus Opio Katandi for which he had deposited the money with the company.

Wanjugu appeared before Senior Principal Magistrate Esther Nakirya on Wednesday, November 9, 2022, and was charged with obtaining money by false pretence. She was then remanded to Luzira prison until November 22.

According to court documents, Mr Katandi, who is the operations and marketing manager of Kampala Media Limited, the owners of the Kampala Report, a news website, deposited Shs4.48 million with Royal Mabati in November 2020.

The money was for buying iron sheets at a later stage after starting on the construction of his house.

“At the time of payment, I told them I had not yet done the foundation, so I would come back and issue instructions to make the iron sheets, which they agreed to,” Mr Katandi said.

He adds that in October this year, when he went to the company to place an order for the iron sheets, the Country’s Operations Manager, Wanjugu, said this was not possible and that he should take her to court.

“The Country’s Operations Manager told me they can’t give me mabati because they had made it already and people in the stores sold it. I told her to put it in writing,” Mr Katandi’s affidavit adds.

He said the manager tossed him for a week and later told him that she was advised by her lawyers not to write a commitment letter.

“So, I went to Jinja Road Police station and lodged a complaint. Two officers escorted me to Royal Mabati and she told them to take her to court. So a case of obtaining money with false pretence was opened,” court documents quoting Mr Katandi add.

Wanjugu was summoned on October 18 to report to police but she didn’t. She was later detained by police.

On 1st November, she was given a police bond after she and her lawyers promised to discuss a payment option with Mr Katandi on November 3.

Police asked her to report to the station on Monday, November 6. But Wanjugu returned to the police, she told the officer that she had resolved to go to court.

She was asked to report on November 9. When she appeared in court, she was remanded to Luzira Prison until November 22.