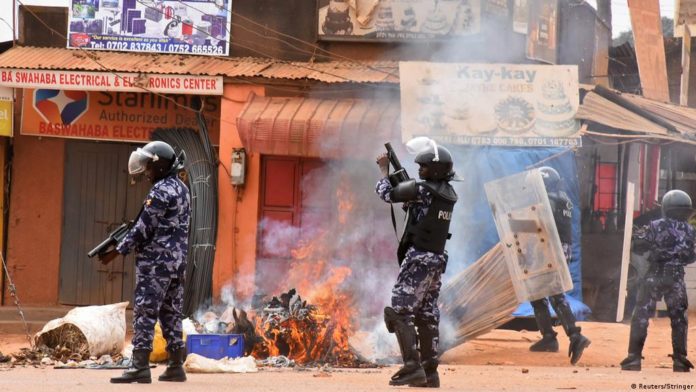 While appearing on Citizen TV in Kenya, Bobi Wine demanded that the government treat them as human beings. “We are demanding to be human beings and be treated as such; to enjoy the rights for which many of our people have been killed”.

He said it is a pity that they can’t mourn nor meet in Uganda to talk about victims of torture by Museveni’s regime.

Bobi Wine and other concerned activists demanded accountability for the 2020 November killings.

The British High Commission said, “Today we remember those who were tragically killed in Uganda on 18 and 19 November 2020.”

The Commission asked the Government of Uganda to fully and transparently investigate what happened and bring all of those responsible to account.

Just before noon on November 18, 2020, two months ahead of Uganda’s general elections, security forces arrested Bobi Wine as he prepared to hold a campaign rally in Luuka, Eastern Uganda. The police said they had arrested him for breaching #Covid-19 regulations, but it was clear authorities were using the pandemic as a pretext to clamp down on opposition during the election campaigns.

As news spread about Kyagulanyi’s arrest, widespread protests in Kampala and other parts of the country erupted for two days. Authorities responded with teargas, by beating protestors and using live bullets, killing at least 54 people, even according to the government’s own admission. Those killed included bystanders and market traders who had nothing to do with the protests. Numerous others were injured.

A week after the protests, President Yoweri Museveni said the government would compensate only the families of 22 of the people who had died, saying the other 32 were rioters. Police later said they had launched investigations into the killings, but two years later, the authorities have not published their findings, held anyone accountable, nor compensated victims.

Uganda’s Constitution protects the rights to peaceful assembly, and association. The government is obligated under international law to ensure that use of force, in particular lethal force, is subject to scrutiny, to ensure effective investigations that lead to accountability for unlawful killings and injuries, as well as to provide access to effective remedies for all victims.

The government should take meaningful steps to show that it is serious about upholding human rights and the rule of law by ensuring justice for the November 2020 violence.

It should fulfill its promises and obligations under international law to the families of those who died and were injured at the hands of the security forces, whether they were protesting or not, through a transparent justice process that provides regular public updates on the progress of investigations and guarantees victims and their families’ effective participation.