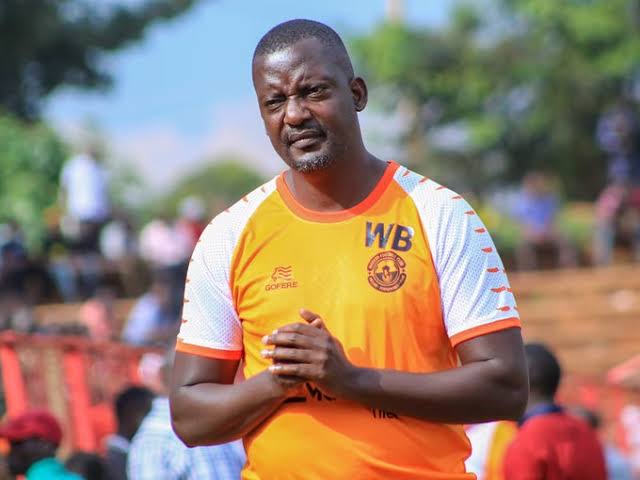 Gaddafi FC will be without head coach Wasswa Bbosa and winger Godfrey Lwesibawa for their next two games.

The duo will serve the suspension after they were found guilty by the Fufa Competitions Disciplinary panel of misconduct in a 2-0 defeat to Wakiso Giants on 18th November.

Lwesibawa is judged to have threaten the centre referee who had awarded a penalty after the winger brought down Ibrahim Kasule in the area, a minute before halftime.

Bbosa in contest of the decision, stormed the pitch alongside his technical team to confront the referee.

Gaddafi have been advised to ensure the sanctions are implemented or face consequences.

Bbosa has also been fined one million shillings, to be paid upon completion of his suspension.

The suspensions mean the Soldier Boys will not be with the duo during their games against KCCA FC on November 29th and Vipers SC on December 4th.