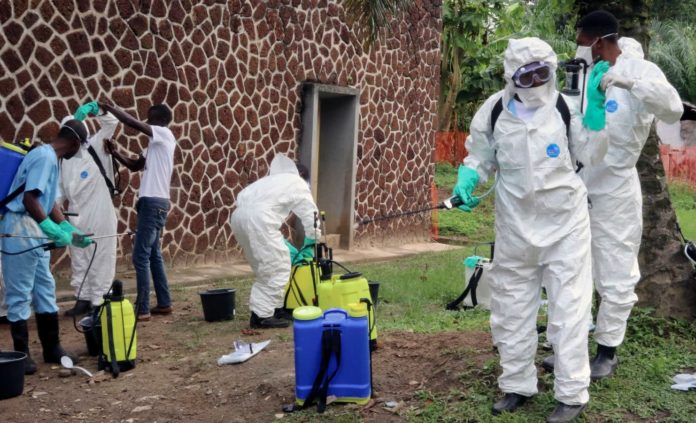 Ministry of Health and Doctors without Borders have scaled up their response against the Ebola outbreak in Uganda.

The outbreak of Ebola was declared on 20 September. The outbreak is increasingly alarming as new cases were detected that cannot be traced back to the initial patients. This indicates that transmission of the disease is taking place within the larger community a particularly worrisome situation in the highly populated capital of Kampala.

Ebola is a deadly disease with a mortality rate of up to 90 percent. According to the ministry of health, 136 cases have been confirmed; 53 people have died from the disease and 61 people have recovered.

Responding to the current outbreak is challenging for many reasons, including limited access to medical tools, the critical need for patients to seek care in the early stages of the disease, and the common nature of Ebola’s initial symptoms.

MSF has responded to many Ebola outbreaks in the last decade, including the West Africa outbreak that devastated Guinea, Liberia, and Sierra Leone from 2014 to 2016 and an outbreak in the Democratic Republic of Congo from 2018 to 2020. These epidemics were caused by the Zaire strain of the disease, and the medical response there produced two vaccines and an antibody treatment approved for use.

The current outbreak in Uganda is caused by the relatively rare Sudan strain of Ebola. Vaccine candidates and antiviral treatments for the Sudan strain exist but are in the experimental stages. Two vaccines are headed for clinical trials, but until those trials have been conducted and an effective vaccine has been identified, health providers must rely on symptom management and intensive care, along with prevention.

“When patients arrive late in the disease progression, it’s very challenging. This is why it’s important to receive people early and be aggressive in their clinical management. This is key in the survival of the patient.”

In Mubende and Kampala, along with providing treatment, MSF teams are focused on prevention through health promotion sharing timely information about infection prevention and control with health workers, local leaders, and residents. MSF is also conducting contact tracing activities and offering support for people who have to self-isolate.

Educating people on how to identify potential Ebola symptoms is also important. Initial symptoms of fever, fatigue, headaches and a sore throat are similar to those of many other illnesses. Sampling and laboratory capacities need to be close to where patients are to enable quick transportation of the samples and rapid test results.

“It’s very hard when you realize that your patient will not survive,” said Giuliani. “On the other hand, every time you have a survivor, it’s a joy. We discharged six survivors earlier this week. In terms of a coping mechanism, this helps a lot.”