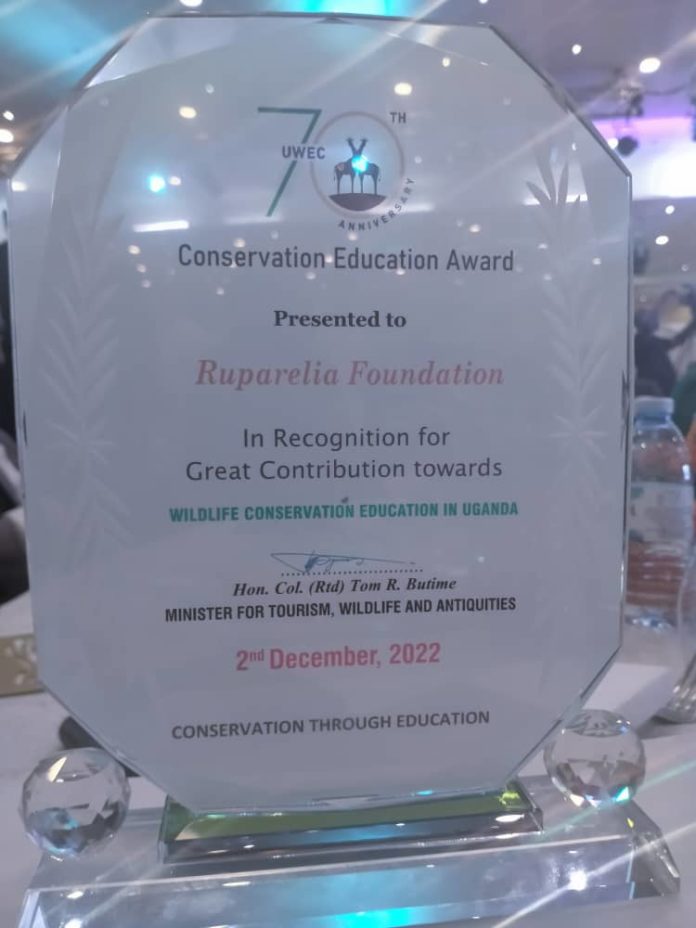 The Foundation which is the philanthropic arm of the Ruparelia Group, a conglomerate owned by tycoon Sudhir Ruparelia, was recognized for its great contribution towards UWEC.

Ruparelia family members are renown nature lovers and through their charity works have contributed to the growth of the tourism and wildlife sector in Uganda.

The Ruparelia Foundation was founded in 2012 by Sudhir & Mrs. Jyotsna Ruparelia and runs its programs under the catchphrase theme: “Enriching Lives Together”.

For the past years, Ruparelia Foundation has worked together with several stakeholders to champion positive change in different communities across the country to improve livelihoods in Uganda. To date, more than 600 charitable causes have been funded by the charity.

Ruparelia Foundation strives to create a positive and transformative change in the community through making a real difference in the course of the present-day but also have a sustainable plan for every initiative carried out.