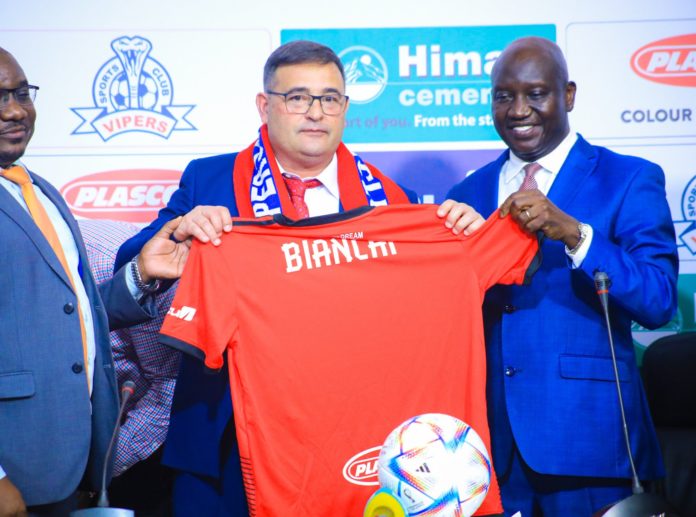 The experienced coach has taken over from Brazilian Roberto Oliveira aka Robertinho, who sought a new home at Tanzanian giants Simba SC two weeks ago.

The 56-year-old has penned down a two-year employment contract at Kitende that will run until 2025.

He will be deputised by fellow countryman Roberto Martinez with two Ugandan tutors; Richard Wasswa as the second assistant coach and former Uganda Cranes goalkeeper Ibrahim Mugisha as the goalkeepers’ coach.

To cap his well-written Curriculum Vitae (CV), the versed tactician has worked with African giants Petro du Luanda of Angola from 2016-2019 and the Angolan national team – The Palancas Negras in 2017.

The UEFA A Pro license holder will be tasked to successfully steer the Venoms through the Confederation of African Football (CAF) Champions League group stages to the knockout stages and also re-ignite the champions StarTimes Uganda Premier League (SUPL) title defence.