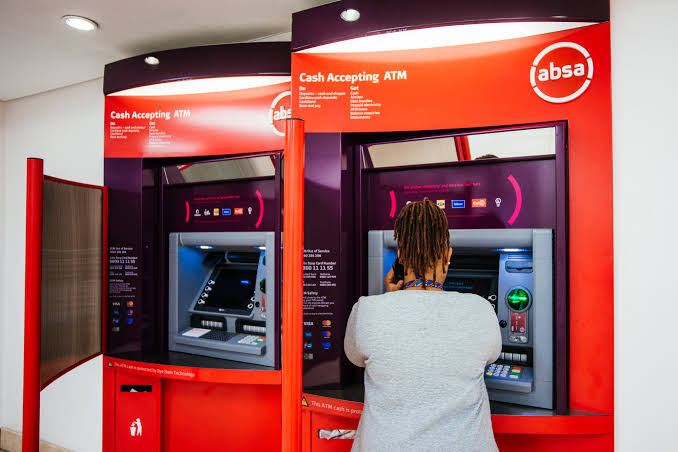 On December 5, 2022, he called USAA bank to confirm whether the funds were sent.  The bank confirmed and sent an official document including a transaction number to me via email that the first had been sent to Faisal at ABSA Bank.

He said Faisal waited for the funds to be transferred within 48 hours as per Swift banking regulations but it didn’t appear.  After he didn’t receive the funds within the required time of 48 hours he asked me to follow up with USAA.  I did so by telephone conversations approximately every three days with the same answer we have sent the money and by company wire transfer policy they have 15 days before we can initiate a request to reverse the funds”!

He said multiple times between Dec 2 and Dec. 17 that Faisal engaged the Kasese branch ABSA bank manager to assist us in the tracking of the stolen funds with the same answer ‘we have not stolen and we do not have your money. It must be your bank’s fault or they are lying saying they’ve sent the funds but did not.
“I showed and sent them copies of USAA correspondence confirming the transfer of funds but they denied receiving the funds over and over. As well the manager kept saying we need a tracking number. I kept telling him that I have given him the tracking number. It’s at the bottom of the confirmation letter but he ignored it,” he said.

Narrating his ordeal, Chamberlain told Eagle online that he probably spent eight hours at the Kasese police station and 3-4 visits filing a police case against ABSA Bank Kasese.
“I protested by lying in front of the Absa Bank Kasese doorway until the police came and told me to come file a police report. I did so but to no avail. The police went to interview the bank manager and when they asked him about the stolen funds he simply told them the company party line, ‘we do not have his money, we have not stolen his money’ and they took his word? Is this how police respond when their money gets stolen from them?” he asked.

“After numerous attempts to recover the $9000 USD, I waited until Dec 17 that which time I was instructed by USAA Bank to recall the funds from ABSA. USAA sent three requests with no response from ABSA. Not an email, not a phone call, not a peep! They simply went silent,” he said.

On December 6, 2022, he hired lawyer Chan Masereka from Kasese to draft and send a letter of intent to sue and it was delivered to ABSA Headquarters. No response was received from ABSA as one would expect. Their arrogance was beyond belief.

He said he later and his lawyer left Kasese on January 11, 2022, to meet with the managing director of the Bank. Instead of meeting the CEO or managing director, he sent his lackey corporate general counsel and a woman security officer who set us up in a tiny glass officer barely big enough to hold four midgets much less for four tall grown adults.

“From the onset, it was obvious there was an air of defiance and arrogance of the two ABSA employees. During our heated conversation, the ABSA lawyer started referring to a “swift number”. I questioned what is a Swift number.
“I have been with the ABSA manager in Kasese ten times and he never mentions a “swift number”. He only mentioned a tracking number but never a Swift number.

This conversation was going nowhere fast so I asked the two individuals their names, phone numbers and emails and you would have thought I’d asked for the US nuclear launch codes! They unequivocally answered they were not going to divulge this top-secret information and that if wanted to communicate with them we could access them by writing to the general mailbox at ABSA.com.

He said all this was much to deal with! They were just skirting the truth. They knew the bank was illegally holding my $9000 USD. They Are blatantly breaking international banking laws!
“I got up and exited the meeting through the glass doors. I then passed through a second set of glass doors and exiting the building a went through a third set of glass doors. As I passed through the doors I pushed hard thinking they’d be difficult to open due to their size, and weight and they would have a dampening system on them to control the rate of opening and closing in case of high winds, pouring rain, etc but to my surprise, the right-hand door blew open and crashed into what I remember to be a brick planter and broke into knife-like shards of glass that would easily cut or killed a small child. No door stops to impede its travel,” he said.
He said the security team came and detained him. As well they illegally put a boot on my lawyer’s car and detained him although he had done nothing!

He said the police came and put me in an ABSA truck and took me to CPS and I was interrogated and made to write a statement of what happened. It was written and reviewed by me and the lawyer.

Although my actions were an accident I was going to be detained. As always. It’s all about the money and my lawyer came to me and said.
“You are going to be presumed guilty until proven innocent. I have negotiated a compromise. If you pay Shs 1,000,000 they will call it off even and let you go,” he said
So I paid and they released me! Then on my 8-hour bus ride back to Kasese from Kampala where I arrived home at 5:39 am, I opened my USAA Bank account and mysteriously there was $9000 USD back into my checking. Amazing huh?

“A bank that stole my money for approximately 40 days and had to be threatened with a lawsuit to return the money they never had suddenly returned it to the same bank that sent it?” he said.

The same bank who had me arrested for malicious door breaking now has returned my $9000 which they laid about never having stolen.

The above information is true and accurate to the best knowledge. This story needs to be disseminated to the general public and make to the financial world so that others will not be subjected to this abuse!

Absa bank reacts
Robinah Mukasa, the Head of Communication and Citizenship at Absa Bank Uganda said; “We would like to state that the alleged transaction was not received by Absa Bank Uganda and we have no trace of this payment in the swift system.”

She said Mr. Gator and his lawyer were informed of the same in person, and by written communication. Gator was advised to pursue his complaint with his bankers whom he instructed to affect the transfer. Further still, we have not received a swift query from Mr. Gator’s bankers.
“Despite our best efforts to support Gator get to the bottom of this issue, he visited our Head Office at Hannington Road on 11 January and reacted in an aggressive manner towards our staff, including the use of foul language and destruction of property at our premises. His behavior endangered the wellbeing of both our customers and staff, prompting the Bank to lodge a criminal complaint with police vide SD REF: 70/11/01/2023,” she said.

She said Absa bank has been transparent, and ethical, and acted appropriately in all its dealings with the complainant. The Bank is committed to safeguarding customer deposits and to continue being a reliable and trusted banking partner.