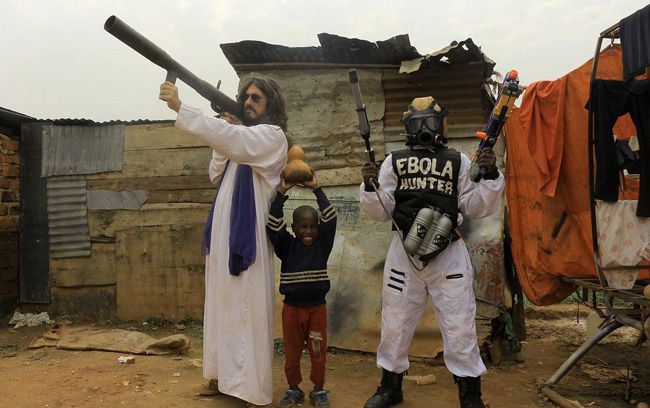 Ugandan based film stars  known for their Youtube trailer o’Who Killed Captain Alex’ which gannered over a thousand views are making it big on the international scene.

The Nateete based Wakaliwood crew is currently on a mini tour across Canada, United States and Spain premiering another movie dubbed Operation Kakongoliro also reffered to as “The Ugandan Expendables.

The new movie actors namely Ebola Hunter, Commando Jesus, and Segwayne, Da Killer Gourd. They will be in Toronto, Canada on 13 January. On 14 January the Wakaliwood crew will be in Ontario. David Bertrand a.k.a. “Canada’s greatest Action Star” will be the host of the night. They will be in Spain on 30 January and on 4 February, Schenectady, New York.