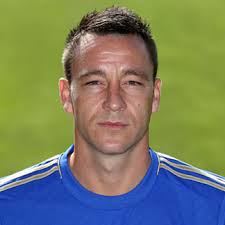 Chelsea captain John Terry has not been offered a new contract and looks set to leave at the end of the season.

The 35-year-old defender, who joined the Blues at the age of 14 and played 696 games for the club, has won four Premier League titles, five FA Cups and the Champions League with the Blues.

“Ideally, I would have loved to stay, but the club’s moving in a different direction,” he said.

However, a Chelsea spokesman said Terry may be offered a new deal. The former England captain hopes to continue his career, but not with another English club.

“It will be elsewhere for sure,” Terry said. “I couldn’t play for another Premier League club.

“It’s not going to be a fairytale ending. I’m not going to retire at Chelsea, which it took me a couple of days to get over.”

But the club says it is too early to say. Guus Hiddink, who replaced the sacked Jose Mourinho in December, is in charge of the Blues until the end of the season. “It’s a ‘no’ at the minute,” said Terry after Chelsea’s 5-1 FA Cup fourth-round win at Championship side MK Dons.

“The club will move on. No player is ever bigger than the club. No doubt they’ll sign one or two great centre-backs.”

However, Chelsea suggest Terry could be offered the chance to stay.

“John was advised that while no new deal was currently on the table, that situation could change in the coming months,” a spokesman said. “The club has the utmost respect for John and everything he has helped us achieve to date. He is a fantastic servant of Chelsea and a superb captain. As such, the club will keep the channels of dialogue open.”

The man himself thinks so: “I feel as though I’m in great nick, I’m playing great and I’ve got a couple of years to go.