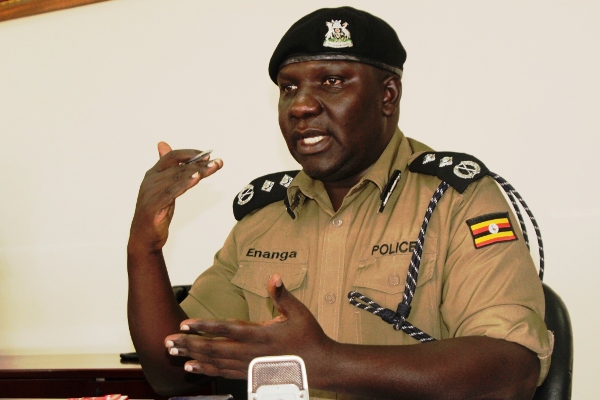 Police has defended the shoot to kill policy applied by its officers and the army against attackers in Kasese last week, saying there was no other alternative to restrain the attackers.

Speaking at a press conference at police headquarters in Naguru today, police spokesperson Mr Fred Enanga said that the attackers posed a clear threat to the men in uniform since they were armed with sticks and stones.

“We have seen people dying from stones, even the mighty Goliath died of a stone, and there is nothing to be taken for granted,” he said.

“Although we have a duty to protect the public from violent attacks and restore order in dangourous and chaotic situations, this makes our job dangerous, especially where persons are physically challenging police officers in the line of duty,” Mr Enanga said adding: “We want to make it very clear that when police or other security officers are performing duties the general public needs to comply and the refusal to comply calls for enforcement actions that include force if necessary.”

Police say the Kasese attacks are based on ethnicity and are tribalistic in nature, but at a press conference held by Rwenzururu fraternity this morning in Kasese, they blamed the attacks purely on post election violence resulting from ‘a mismanaged election’.

Several military and police officers were injured and six of the attackers killed in Kasese last week in what appeared to be an organized and pre-meditated action plan, according to police.