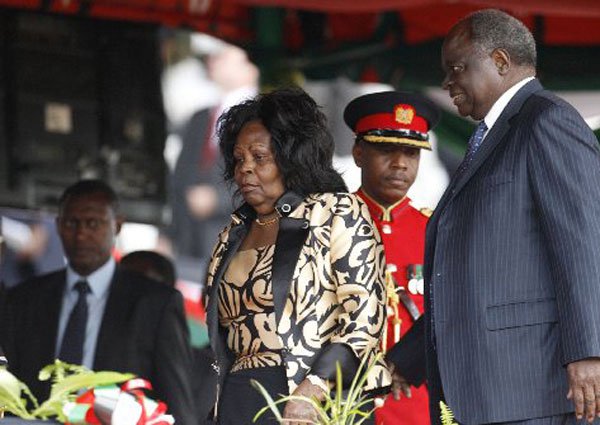 Lucy Ki Lucy Muthoni Kibaki died at the Bupa Cromwell Hospital in London early Tuesday morning, just a few days after she was flown there from the Nairobi Hospital where she had been admitted for several weeks.

“Her Excellency will be remembered for her immense contribution in the development of our country. Especially notable was her Excellency’s virtues of leadership and commitment to improving the wellbeing of the ordinary Kenyans particularly her efforts in tackling HIV/AIDS which will remain an inspiration to many,” President Kenyatta said in the announcement.

The announcement was made by President Uhuru Kenyatta who sent a message of condolence to the Kibaki family.

The former First Lady has been in out of hospital for several months now, since going out of the public limelight before former President Mwai Kibaki got out of power in 2013 at the end of his second five year term.

She is survived by her husband Mwai Kibaki and four children Judy Wanjiku, Jimmy Kibaki, David Kagai, and Tony Githinji.

She will be remembered for her no-nonsense attitude, having been feared by State House staff, ministers and politicians when she was a tenant at the house on the hill.

Businessman Chris Kirubi has also sent a message of condolence to the Kibaki family.

“I would like to send my sympathy to former President Kibaki and his family at this time of sorrow. It is my prayer that the Almighty God gives them comfort.” 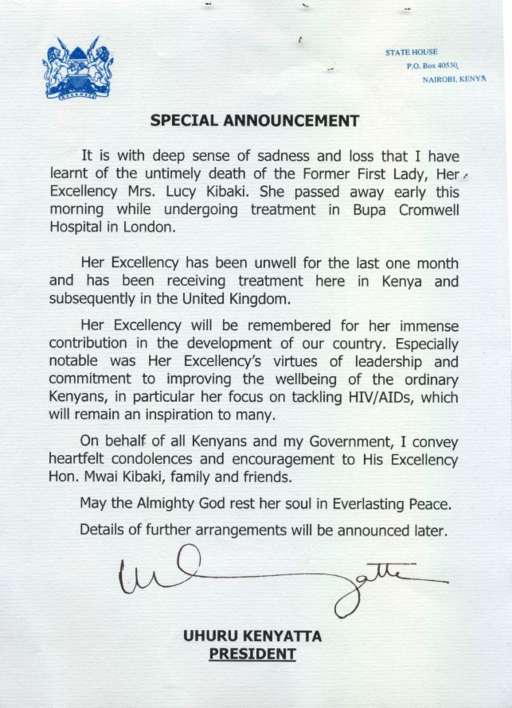