According to eyewitnesses, the culprit, Jack Pemba a flashy city tycoon whose source of money is dubious after knocking the state registered Jeep Cherokee tried to stop and plead with the Ms Ssali to no avail before deciding to run off.

We’ve learned the traffic officers arrived at the scene shortly after, and that’s when Serena hotel security guards and eyewitnesses allegedly admitted to police that it was Jack Pemba riding in the car. 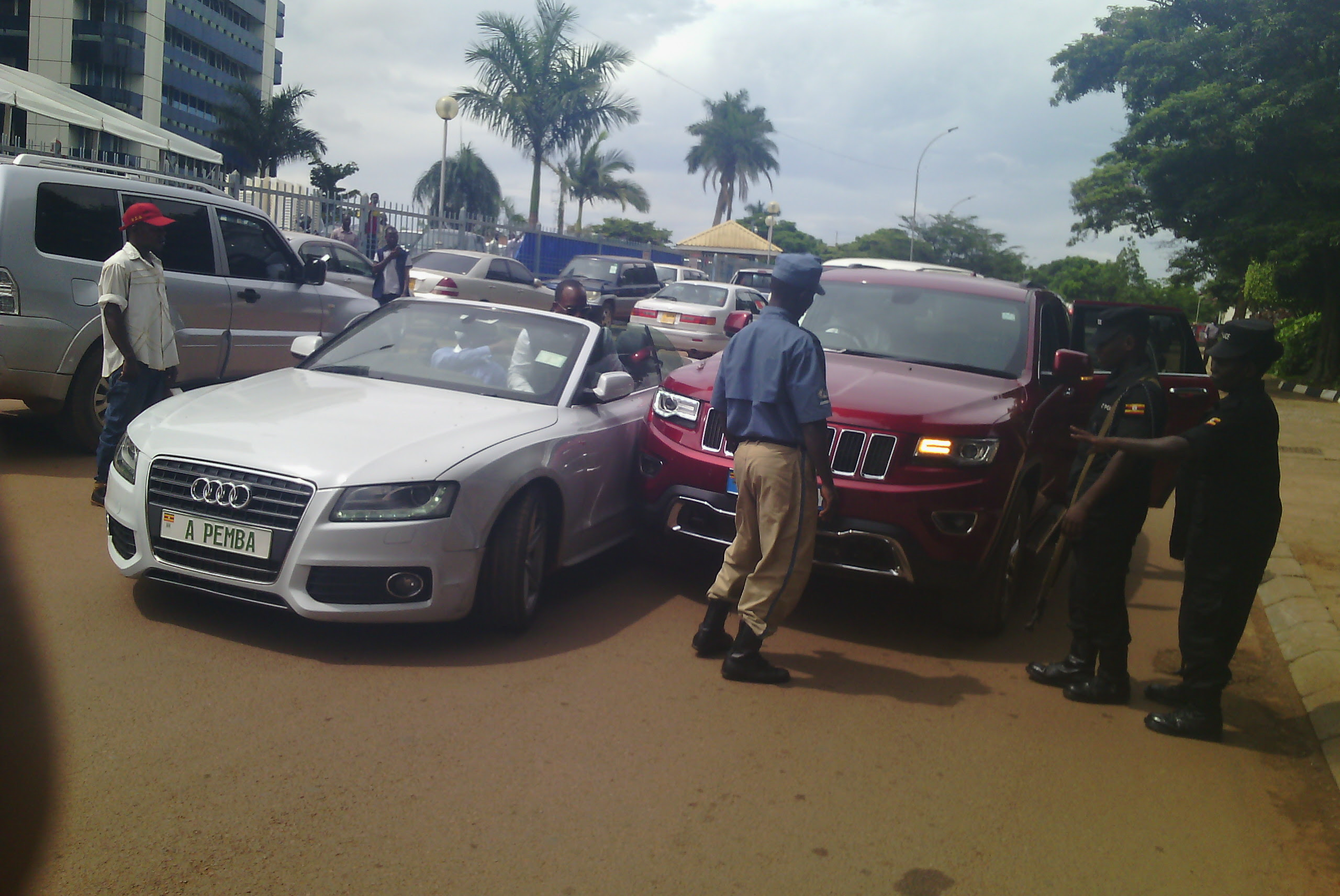 For all sorts of reasons Pemba’s attempt to hit and run won’t work, Kampala Metropolitan Police is already looking for him because his Mercedes convertible is personalized: ‘A PEMBA’.

As for why the timing is weird … Ms Ssali is busy accusing the Fund’s MD Byarugaba and the board of having irregularly sacked her and now accidents.