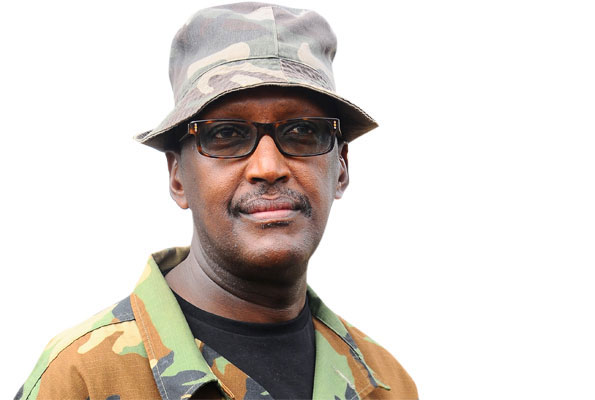 Former spymaster Lt Gen Henry Tumukunde has vowed to turn the business around the struggling Security ministry especially when it is being criticised over low intelligence standards.

While entering office as the new Minister for Security Lt Gen Tumukunde cautioned officials in public offices to stop laziness and dilly-darling in their offices but work for the benefit of the country.

“While I was still in ISO, whenever I found you seated in office reading newspaper, I would send you to Katakwi for field work. We must take the president’s words seriously. We have to work,” Lt Gen Tumukunde told reporters.

Being the highly trained spymaster his new roles will be to watch over international counter-terrorism, counter-terrorism, operations, communications capabilities, including communications data, Protect, including critical national infrastructure, National Crime Agency, serious organized crime, cyber-crime and security, fraud and asset recovery, space security among others and will be briefing the president directly.

“They cannot occupy public offices for leisure. They must stop the comfort in offices because the state cannot afford to be leisure. I will have to work on them,” he added.

“There are these groups baptizing themselves good names like Kifeesi. They are only attempting to scare,” he held.

Tumukunde has also warned that the recent wave of attacks on security installations in Gulu district could signal rebellion.

The incident came at a time over 30 soldiers were being incarcerated for alleged coup to overthrow the government.

Tumukunde, who once served as Commander of the Gulu-based 4th Division of the Uganda Peoples Defence Forces, quoted by Uganda Radio Network telling journalists at Parliament that the attacks are masterminded by elements that participated in the Lord’s Resistance Army [LRA] struggle.

He said the former combatants are still disgruntled by the sitting government.

Tumukunde said the ‘elements’ but stated that government has the capacity to bring the perpetrators to book.

Tumukunde’s spy career at a glance

It should be remembered that at a rank of Colonel he was appointed Chief of Military Intelligence and Security after bush war. His tenure was arguably the most successful by any officer as it is during this time that Al-Qaeda’s plan to bomb the American Embassy in Kampala was thwarted. There was also a time where bombings were rampant within the capital Kampala, and once again Tumukunde formed several intelligence committees within the city and the problem was gotten rid of.

As ISO as Director General with Elly Kayanja as his deputy to fight off urban terrorism and gross theft, which netted rogues like black. However, his relations with Ely kayanja soured which later forced president to usurp his role and appoint kayanja as head.

He registers a colorful resume among top army officials.

Some sources in the army believe he played an important role in bridging the communication gap between the UPDF and LRA. He reportedly gave satellite phones to LRA leaders to facilitate a peace initiative.