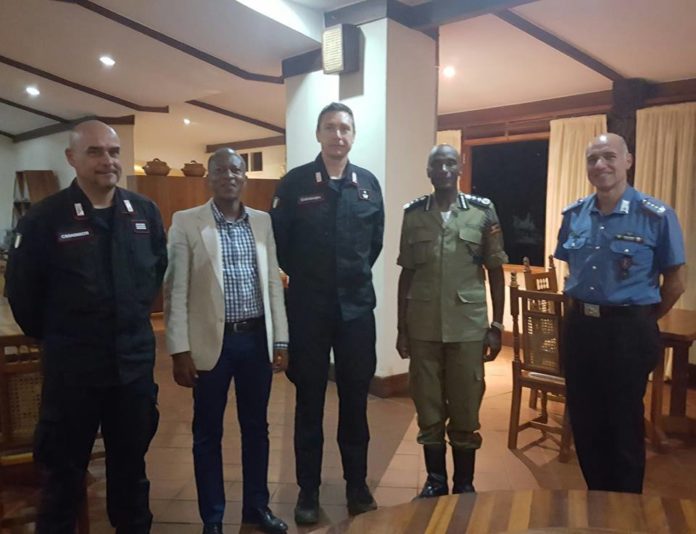 After years of being on social media, TV’s and Radios inspiring Ugandan positively and positive criticism on leadership at all levels, I received a call from the Inspector General of Police Gen. Kale Kayihura.

As an individual, I am open to meeting anyone and in my lifetime, I have had the pleasure of meeting and sharing positive ideas with President Yoweri Museveni, FDC flag bearer Kizza Besigye, Senior Military officers and prison officers at different levels, religious and traditional leaders among others.

So when the IGP’s call came in on Monday, requesting to meet me over the social media and my articulacy on key issues on TV and Radio. I did make some consultations with my friends over the call and they gave me a go ahead.

I drove to Naguru Police headquarters which was our intended place for the meeting but when I reached there, the IGP asked me for some little bit of more time. He proposed we hold a bigger meeting at Police training School in Masindi where he was supposed to pass out police officers who were heading to Somalia for the peace mission.

We boarded the police chopper together and went charting. This was an open meeting, there was no intimidation, no threats and it was cordial. I told the IGP that even if the Government purchased all the teargas in the world and stocked their stores and they don’t address the current issue of unemployment among the youths which stands at 83%, they will be wasting their time. Because of unemployment, our girls have been forced into illegal acts like prostitution while the boys have instead opted to join the Kifeesi group that is causing mayhem on the streets of Kampala. I told Gen. Kayihura that there was an urgent need to change the mindset of the youths. Many of them still thing that the Government must provide them with jobs and yet they can be their own job creators.

My argument was that the current interventions like the Uganda Youth Livelihood Fund are not helpful at all. How do you give youths who have never handled such large amounts of money, have never even bought meat in the lifetime soft loans? The first thing they will do is to buy themselves meat and then go drinking. The Government must change the mindset of the youths before dishing out the loans. The youths must be made to believe in themselves and I was happy that when we shared about this, Gen. Kayihura accepted.

I also told Gen. Kayihura that there was no way a serious investor will think of coming to invest in Uganda when he continuously sees photos of teargas on the streets of Kampala. I asked him to train his police officers on crowd management and that the use of teargas should be the last resort. I told him that at a personal level I have lost 3 businesses because my would be partners were not comfortable with the grim teargas photos they saw on TV.

I also told the IGP that police in Uganda were in their comfort zone and needed to be awakened. When for instance you visit a police station you find the police sleeping at the counter. I told the IGP that the most commendable thing he had done for the force was to uplift them and today they are more facilitated and their presence can be felt but there was need to do much more when it came to fighting crime. I told him that the police morale seems low and that he needs to motivate them to work hard.

I also requested the IGP to propose to the relevant Government department to facilitate some of these established persons who are now entrepreneurs to speak to tertiary institutions students and tell them how the world is out there. Some of these students think the world is a bed of roses.

In the meeting I also told the IGP to restrain his officers from continuing to harass Dr. Besigye. But address the issues he was raising.

Finally I told the IGP that this Country belongs to all of us and nobody owns it more than the other and that if we leaders don’t go out and fight unemployment, problems associated with it will find it at our homes in the form of Kifeesi among others.

The IGP entirely agrees that if we are to solve the unemployment criss in Uganda we must start with the Mindset of the youth.