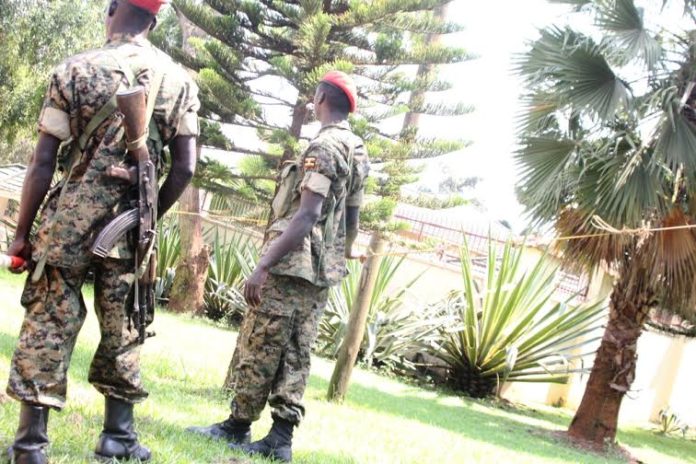 The Military Police has surrounded General David Sejusa’s house in Naguru, a Kampala suburb, with officers questioning people at his home.

It has not been possible to establish the exact reason the ‘red top’ cordoned off the house but observers attribute the development to the General’s activities that have seen him ally with the opposition since he returned from a self-imposed exile in December 2015.

Contacted for comment army spokesperson Lt. Col. Paddy Ankunda said he was ‘not aware’ of the development but promised to establish the cause of the cordon and get back to the EagleOnline.

Over the years the General has had a not-so-rosy relationship with the NRM government and in April 2013 Sejusa, a former Coordinator of Intelligence Services, penned a dossier to the Director General of the Internal Security Organisation (ISO) Brig. Ronnie Barya, in which he claimed President Yoweri Museveni was hatching a plan to have his son Muhoozi Kainerugaba, succeed him. In the same dossier the General also claimed there were plans to eliminate him and some senior political and military figures including then Prime Minister John Patrick Amama Mbabazi and then Internal Affairs minister, the late Gen Aronda Nyakairima, among other people.