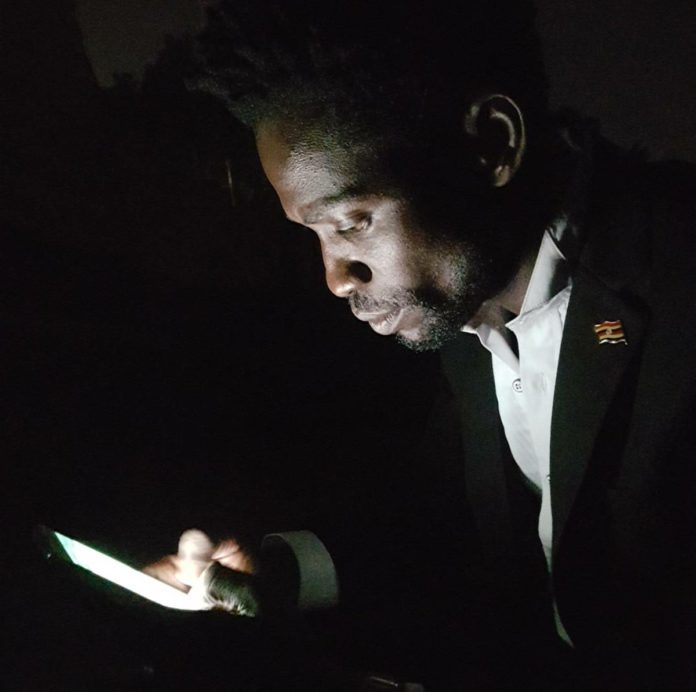 Anna likes to think of herself as a go-getter, or you could say, a hustler announced her withdraw on social networking platform twitter. 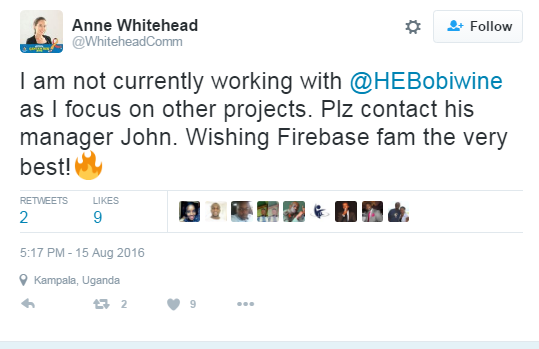 “I am not currently working with @HEBobiwine as I focus on other projects. Plz contact his manager John. Wishing Firebase fam the very best!”

The move comes just a couple of weeks after Anne was taken on by Seanice and Nancy Kacungira’s digital marketing agency Blu Flamingo to serve as Head of Partnerships and Strategy.

Bobi’s wife Barbara Itungo was reportedly not happy about their closeness that extended outside work but EagleOnline assumes their relationship next became sexual. 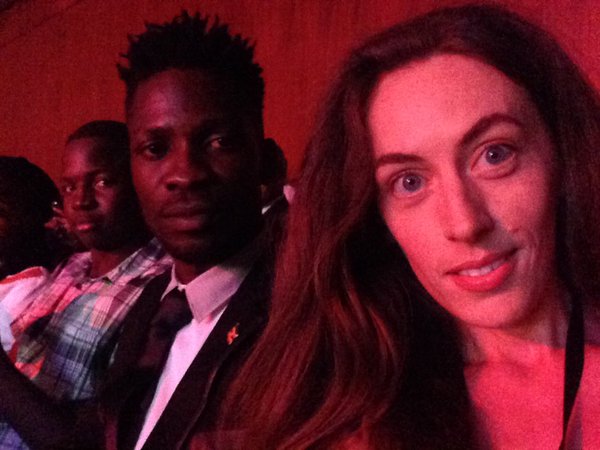 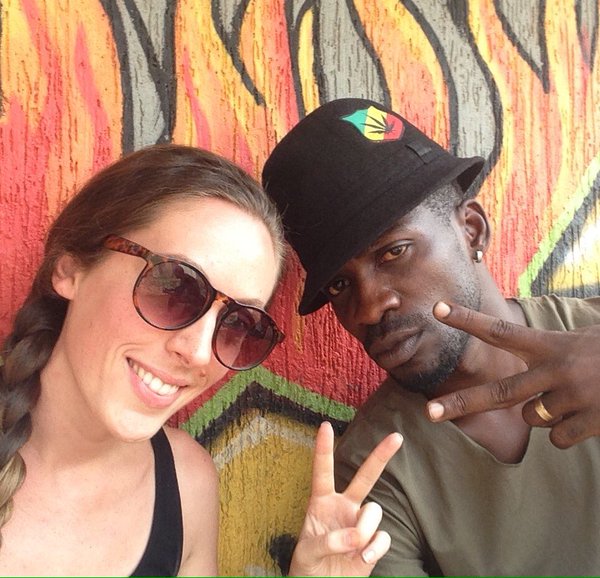