As the year comes to an end, one of Eddy Kenzo’s biggest achievements this year has been the acquisition of a new vehicle, a luxury Range Rover sport.

Following months of cruising it on our dusty roads, the musician has decided to customize it just like many artistes.He has customised the number plate from UAY 667T to the initials of his name ‘EK’ for Eddy Kenzo.

Customisation of one’s plate into a number of your choice currently costs Shs20 million at the moment. Initially it was Shs5 million though this was pushed to Shs20 million in July. 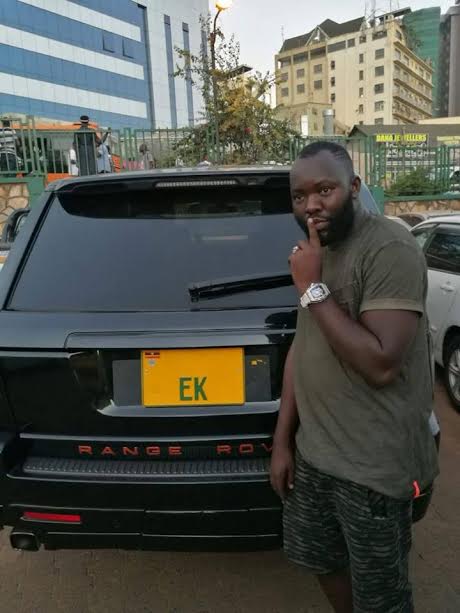 But would this be too much to a person who received a car believed to be worth over Shs200 million at a zero cost?! Kenzo, formerly a street child was gifted with the same vehicle in August by city businessman, Kaki, one of his biggest music fans.

Who tells you that your dreams are not valid?!